Ready to roar at both Austrian rounds.

After a sluggish start to the 2021 MotoGP season, KTM surged to the front of the pack just before the annual summer break. Buoyed by Miguel Oliveira’s Catalan GP win and two additional podium appearances, Team Orange is eager to kick off the second half of the season. Luckily for KTM fans, MotoGP racing will recommence at the House of Mattighofen’s home circuit, the Red Bull Ring, for not one but two rounds.

The back-to-back Spielberg races also suit the KTM RC16, with Oliveira securing his first career MotoGP win at the Styrian Grand Prix last year. After two 2020 rounds without fans (due to COVID-19), the Red Bull Ring will welcome back spectators for the Styrian Grand Prix on August 8, 2021, and the Austrian Grand Prix on August 15, 2021. To rally the troops, the Ready to Race brand is relaunching its Ultimate Orange fan experience, offering special ticket packages for the double-header weekends.

Each ticket will include admission for the full race weekend (Friday-Sunday) and a reserved seat in the designated KTM grandstand. The tickets will come with exclusive motorcycle parking and a Fan Package consisting of a KTM-branded hat, mask, t-shirt, earplugs, and backpack. For KTM fans with children, a buy-one-get-one offer allows the first 2,000 customers to obtain a free ticket for a minor. The Child Ticket package includes the weekend pass and grandstand seat as well.

Exclusive to the Styrian Grand Prix weekend on August 6-8, 2021, Team Orange will also offer a two-for-one ticket option that snags customers two weekend passes, two KTM grandstand seats, and two motorcycle parking spots. However, the Double Up package only includes one Fan Package, so customers will have to split the swag amongst the two attendees. Unfortunately, KTM isn’t extending the Double Up option to the Austrian Grand Prix weekend of August 13-15, 2021.

Those interested can purchase ticket packages at the brand's website. While the Red Bull KTM team got off to a slow start in 2021, it’s peaking at the perfect time in the championship. If you’re a diehard Team Orange Fan, the Ultimate Orange experience is the perfect way to support KTM's challenge for the championship. 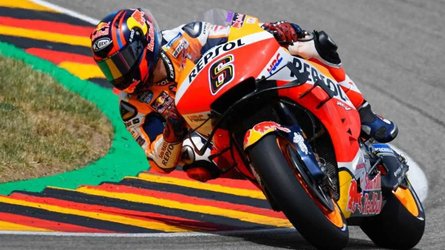 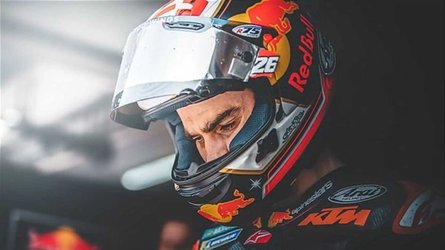