We last checked in with living legend Allen Millyard’s penchant for building Honda SS100 V-twins in May, 2020. For those unfamiliar, an SS100 is what happen when a brilliant shed-build genius like Millyard gets his hands on two Honda SS50 engines and decides to fettle them into a single V-twin. He’s done this a few times so far, and one currently lives at the Barber Museum in Alabama, while two reside at Millyard’s house.

Unlike the scene in 2020, you’ll be happy to know that both of Millyard’s SS100s are currently not making any strange noises that need diagnosing. However, even custom builds need regular maintenance every now and again, so that’s what the man shows us all in this video. His calm, soothing voice talks you through the basics of checking and changing the oil, interspersed with some back garden wildlife visits, and an all-important homemade brownie break.

Bikes, birds, and brownies; if that isn’t a recipe for YouTube perfection, I don’t know what is. Oh, wait, probably the dulcet tones of Millyard’s voice as he talks you through every little step along the way. From the most jaw-dropping of tasks, down to the most simple and mundane, he’s one of those guys that could probably narrate an old-fashioned telephone directory and bring some much-needed calm and relaxation to your day.

More For Your View Queue: 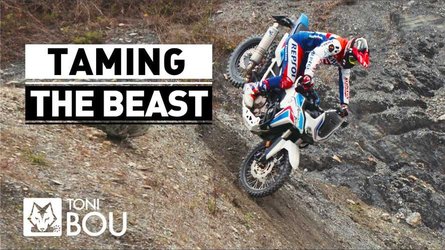 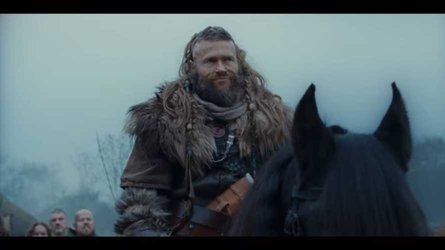 If you love hearing Millyard talk about his builds, but love actually hearing him rip around on those builds even more, don’t worry. You get some of that in this video, too. The two SS100s he has at home were in different states at the time this video was shot. One was already broken in, and so it was just fine to rip around on it with the throttle wide open, and not a care in the world. The other needed a bit more of a careful hand, as it hadn’t passed that break-in stage yet.

Bonus: Since you get to see and hear Millyard ride both shortly after he’s shown you a small demonstration of the piston configuration in his hands, you can’t help but picture the most adorable pistons in the world hard at work. Sure, you can hear them, but somewhere in your brain, you totally see them, too. It’s a neat trick, and there’s a hot, fresh brownie at the end of the ride. Perfect end to a perfect day, in our book.