Strap in, this one’s going to be a bumpy ride.

Legendary Italian designer Giorgetto Giugiaro is known for bringing us the Ducati 860 GT and Suzuki RE5. The renowned designer has also worked with VW, Lotus, Nikon, and Seiko. Unsurprisingly, Giugiaro’s Italdesign company has been a force in the automotive industry since 1968, but its latest patent focuses more on safety than evocative styling.

Published on April 22, 2021, the Italdesign patent further develops the company’s smart seatbelt technology. Consisting of a rigid backrest and multiple harnesses, the system secures the rider at the lap and shoulders. However, the shell isn’t hard-mounted to the vehicle. A flexible joint preserves the pilot’s range of motion while in the saddle.

Of course, in the event of a crash, riders are frequently taught to let the bike go. Disconnecting from the vehicle can reduce the severity of injuries, as the rider avoids entanglements with the machinery. To suit the seatbelt system for such unplanned dismounts, Italdesign engineers equipped the software to detect when it's best to detach the apparatus.

For instance, if the rider t-bones another vehicle, the onboard computer could determine that it's best to lock the user in place, avoiding an additional collision with the vehicle itself. However, that doesn’t save the rider from tipping over with the motorcycle or scooter, as two-wheeled vehicles aren’t self-balancing. Conversely, in a high-speed crash, the system may eject the rider to decrease the likelihood of injury.

It all sounds a little James Bond, admittedly, but it’s a novel idea that could attract non-riders. The technology application and ergonomics would cater more to scooter and commuter sector. Yes, the system may restrict passenger accommodations and slightly resemble a child’s car seat, but if it can help convert more car drivers to two wheels, it’s worth the trouble. 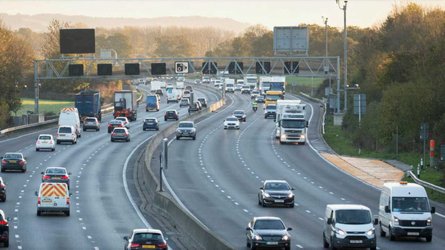