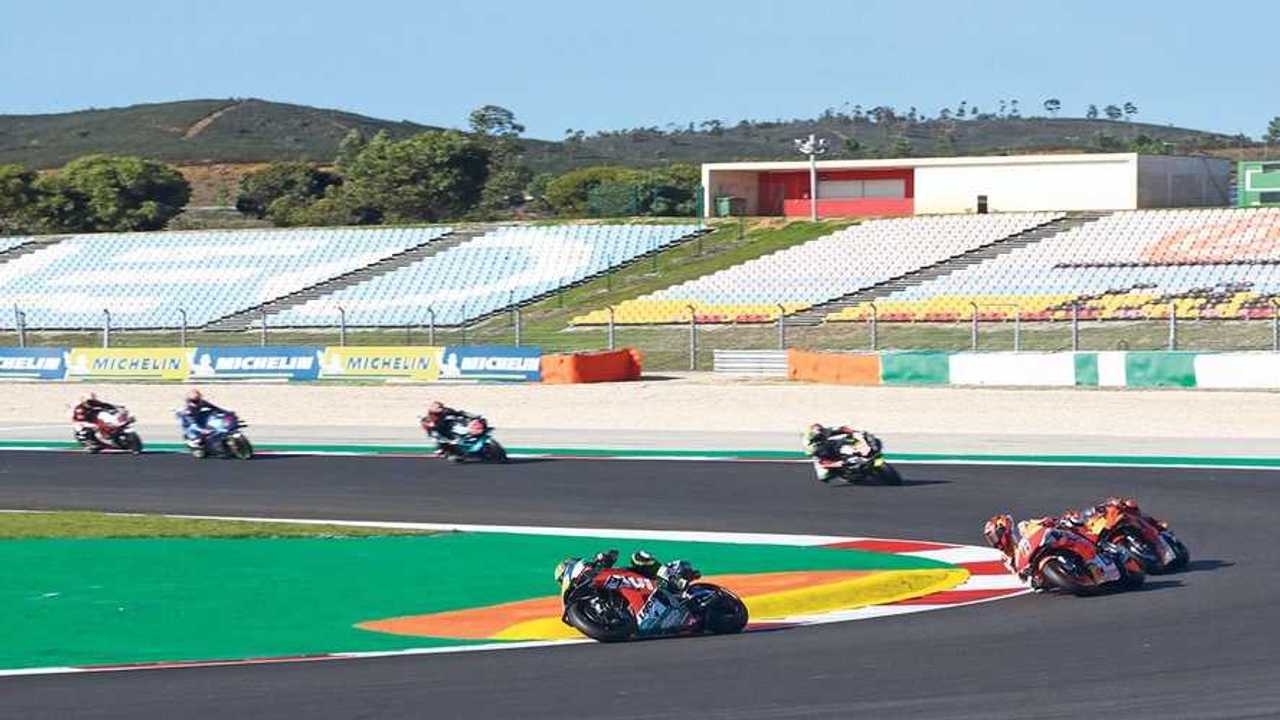 On March 1, 2020, Dorna Sports canceled the MotoGP practice sessions and race at the Losail Circuit in Doha, Qatar. With lockdowns and strict travel restrictions in place, the race series didn’t restart until the Spanish Grand Prix on July 19, 2020. While the competitions got back underway, spectators weren’t allowed at the circuit throughout the 2020 season. This led to refunds and ticket rollovers, but some fans are still awaiting reimbursement.

Despite the uproar among the MotoGP faithful, Dorna claims that it isn’t responsible for refunding customers. Even when fans use the MotoGP site to purchase tickets, the circuit organizers are tasked with distributing them and reimbursing customers.

"The issuance of tickets is always the sole responsibility of the company operating the circuit and never Dorna, nor does Dorna re-sell Grand Prix tickets," Dorna’s Director of Communications Ignacio Sagnier told MCN. "Each promoter has established its own policy on exchanges and returns."

Making the process even more confusing, MotoGP customers actually purchase tickets from a company called Platinum Group when they use the MotoGP website. Platinum Group only pays back the fan when the promotor/circuit reimburses them.

"There are promoters who gave a 100% refund as soon as the event was cancelled, for example Austin, Valencia, Thailand, France and Aragon,” explained Sagnier. “Others did it later by applying a small admin fee to the refund, such as Catalunya, Germany and Finland. Finally, Assen and Argentina have created a ‘ticket rollover’ in which the same ticket is valid for the next year."

Where applicable, Platinum Group has offered fans ticket rollovers from 2020 to the 2021 MotoGP season. Of course, circuits like Argentina are also nixed from the 2021 calendar, so organizers may have to look at additional options.

"I can promise you that Dorna ‘summons/requests’ the promoters to refund the money,” noted Sagnier. “I wouldn’t say that we put pressure on promoters but we go one step forward and we want to have happy fans back at the tracks."

Latest From The Grid: