Here's A Sneak Peak At The New Janus Halcyon 450 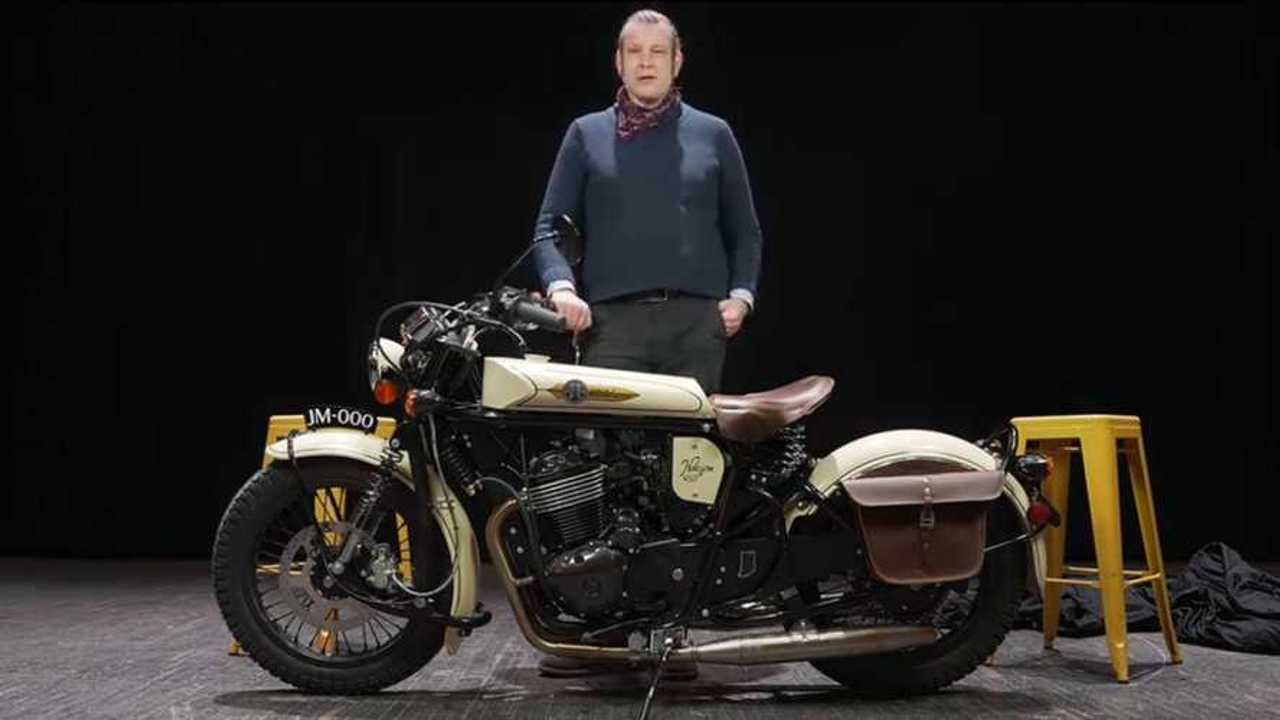 The Halcyon gets a bigger engine and a rear suspension.

In a YouTube livestream intended for current owners, Janus unveiled a new model that will be the biggest bike it has ever produced, the Halcyon 450. A RideApart reader shared a link to this livestream with us, and we have the details about this new model before its official public unveiling.

As the name implies, this is a larger version of the Halcyon 250, Janus's most popular model. This new version is far more than just a bigger engine shoved into the existing bike, though. Despite sharing the name, this is an all-new motorcycle designed especially for comfort and highway speed capability, two things that current Janus models don't offer. The engine is a 450 single supplied by SWM, an Italian motorcycle manufacturer. Despite being a single, it has two exhaust pipes. It's a four-valve engine, and each of the two exhaust valves gets its own pipe. It's fuel-injected, and makes 30 horsepower, more than twice as much as the 250.

Another feature of the Halcyon 450 is the rear suspension built to adapt to the bike's higher speeds (up to 90 MPH), however, don't expect to see a modern swingarm here. Instead, Janus went with a cantilever rear suspension, inspired strongly by Vincents from the 1930s. This maintains the appearance of an antique motorcycle and hides the guts of the suspension under the seat. Janus also upgraded the brakes, with a 280mm front disc and Brembo two-piston caliper. The rear disc brake uses a single-piston caliper.

The first ten Halcyon 450s, hand-signed and numbered, are being sold in a private auction for current Janus customers only, with bidding starting at $17,500. This auction ends at midnight on March 5, 2021. After that, Janus will officially reveal the Halcyon 450 to the general public, priced at $13,500.