It’s better the second time around.

During a trip to the U.S., Italy-based builder Stefan Lantschner felt inspired to create a custom café race. He had never seen the new throwback style before, and immediately fell in love. As soon as he returned to Italy, he started looking for a donor bike—a 1984 Kawasaki KZ400 B2. After four years, Lantschner felt it was time to rebuild the fully customized twin. Luckily, the Koolt C1 Kawasaki turned out better than ever.

“I’ve basically built this bike twice,” said Lantschner. “For the second time, I calculated that it took me more or less 120 hours.”

The rebuild wasn’t just a cosmetic makeover, either. Unsatisfied with his previous chassis work on the KZ, Lantschner stripped the frame bare. First, he fabricated a new subframe then integrated an LED tail light into the tail end. Then he shaved off the passenger pegs and supporting frame rails to further simplify the form. A set of mags took over for the old wire-spoked wheels, and a Brembo caliper provides ample bite for a small-capacity vintage.

Rider comfort was a build priority as well. He satisfied the brief with a softer saddle and aftermarket shocks to smooth out the ride. A one-piece handlebar and rearset footpegs also adjusted the rider triangle to Lantschner’s liking. The new exhaust system doesn’t exactly add to the bike’s comfort, but it certainly makes a statement.

The new paint job is the perfect complement to the radical exhaust design. The retro graphics and contemporary palette bring the build into the 2020s while staying true to its ‘80s roots. Despite its handsome looks, Lantschner still wants the custom KZ to perform.

“The biggest change though came from fitting the softer tyres. They allow me to lean over way more than the tires original tyres,” admitted Lantschner. “The front brake also allows later braking which makes it a really fun bike to cruise around mountain roads on.” 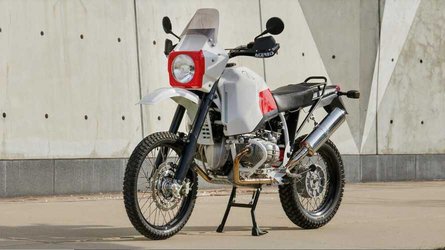 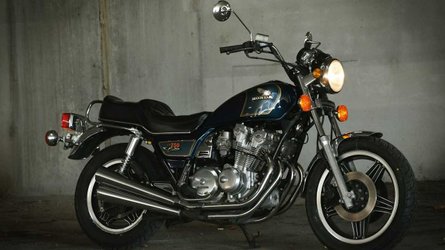