Unique styling makes the "Custom" distinct from other versions.

The Honda CB750 was the original Japanese superbike. When it debuted in 1969 it was the fastest and most powerful bike in the world. By the time 1981 rolled around, though, it was just one of many players, bearing little distinction from its competitors by Kawasaki, Suzuki, and Yamaha. Honda would soon branch out from the basic Universal Japanese Motorcycle design but in the early 80s, it would take a stab at the American cruiser market.

Models from the Rebel to the Shadow would follow, but to test the waters, Honda would throw some uniquely American styling at a few of its existing models. One was the diminutive CM250. Another was the venerable CB750. This trim level would be known as the "Custom." There was nothing truly custom about it, but that name denoted Honda's attempts to make these bikes resemble the American cruisers of Harley-Davidson. That meant chrome, a cruiser style seat, and a fancy two-tone paint job on the tank and side covers. The fundamental design of the bikes did not change.

Honda wasn't fooling anyone that these bikes were the same as a Harley, but it might have appealed to someone looking for a more unique version of the ubiquitous UJM in the early 80s. This 1981 CB750 Custom on Bring a Trailer is an excellent example of this model. It retains the dual front disc brakes, air forks, and Comstar wheels, as well as the CB750's distinctive four-into-four exhaust with two stacked pipes on either side. This particular bike has 16,330 miles showing on the odometer. It has new tires, stator, and regulator/rectifier. There's a dent in the gas tank, but it looks like it can be pulled out.

I owned a 1981 CB750 Custom of my own for a few years. It was in worse condition than the one on Bring a Trailer, but it ran well. It also had an aftermarket four-into-two exhaust, lacking the CB750's signature stacked pipes. In my case, this was good because not having the top pipes made room for my saddlebags. It served me well as I traveled all over Maine, where I lived at the time.

Where It All Began: 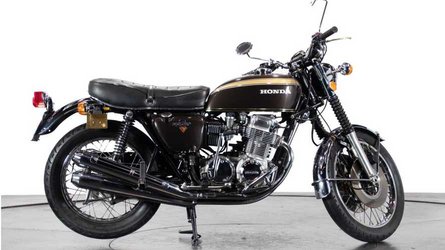 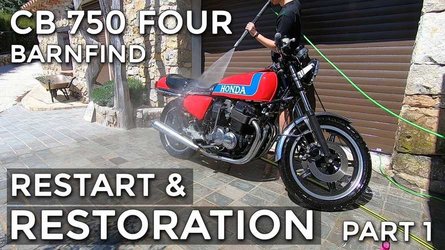