Another year, another round of updates.

Don't the words "updated Himalayan" sound familiar? That's because it was only last year that Royal Enfield tweaked its popular adventurer. The model received few minor upgrades back in 2020 which included the addition of switchable ABS to make it more off-road capable.

So, what's new? Quite a few things, actually. In addition to a new complementary selection of colorways, Enfield also slightly altered the bike ergonomics and added a navigation system.

For 2021, in addition to the Rock Red, Lake Blue, and Gravel Grey paints introduced in 2020, the Himalayan is also going to be available in your choice of Granite Black, Mirage Silver, and Pine Green.

It also comes equipped with a bigger windscreen for added touring comfort and sports a redesigned set of fuel tank braces that creates more legroom for taller riders.

The most important addition to the 2021 model-year's list of features is Enfield's new Tripper navigation system. It was first introduced on the Meteor 350 back in November, 2020, and is now available on the Himalayan for 2021.

The Indian media confirmed that the upgrades come at a price and that the bike nows goes for Rs. 2.01 Lakh which is roughly US$2,760. That's an increase of less than $100.

Though the new Himalayan is currently only available in India and Europe, we should expect the updated model to make its way to the U.S. later this year. We have yet to find out when the new Himalayan will head our way and how much the Tripper upgrade will cost. 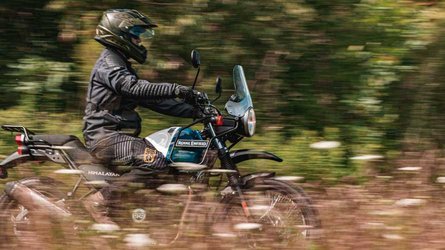 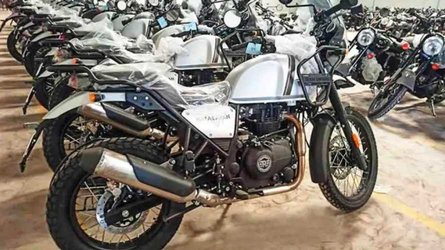