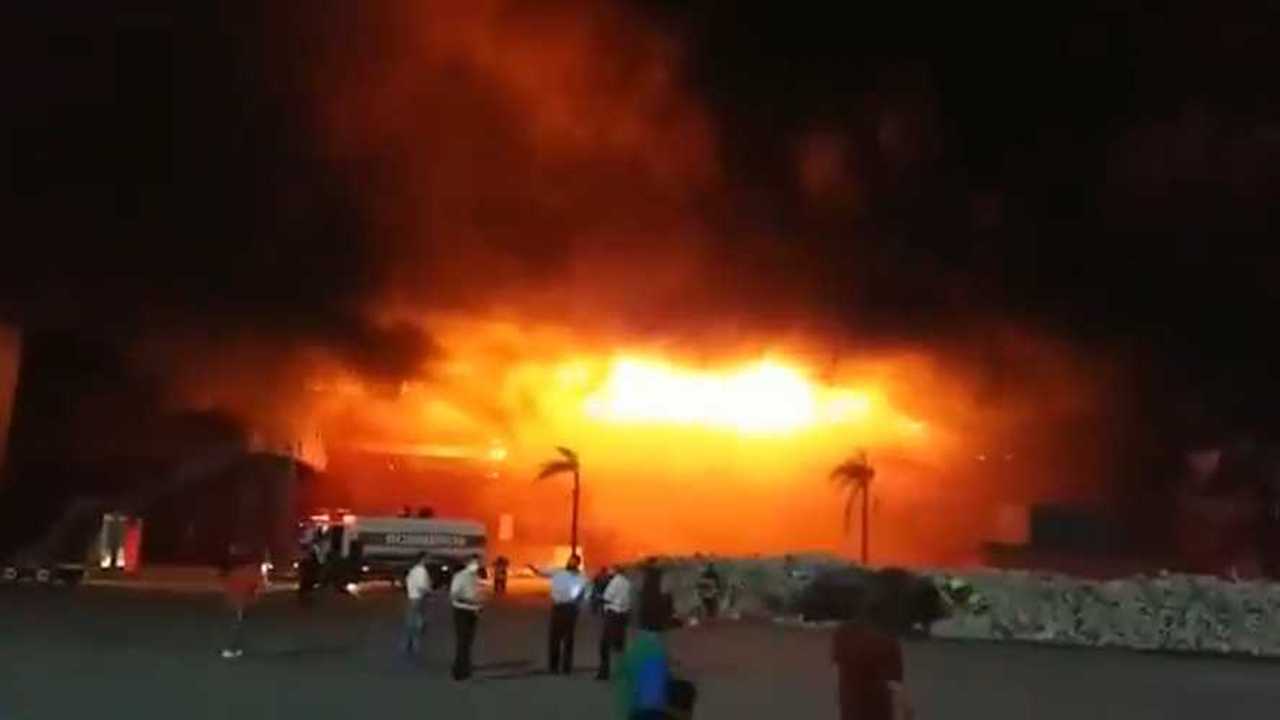 Fortunately, no one was hurt, and the museum was saved.

On Friday night, February 5, 2021, A massive fire broke out in the paddock area of the Autodromo Termas de Rio Hondo track in Argentina, a regular stop on the MotoGP circuit. The fire destroyed the pit building, which includes the VIP areas and media center as well as the track's pit facilities.

The fire started sometime in the evening and was first noticed around 11:00 PM local time. By then it had already engulfed the pit building. No one was at the track when the fire broke out, which led to it not being noticed until it was much too late to prevent significant damage. As a result, though, no one was hurt in the fire.

Fire crews worked through the night to contain and extinguish the blaze. As the fire raged, track workers raced to move irreplaceable classic cars and motorcycles out of the nearby Juan Manuel Fangio museum, which was also in danger of burning. Fortunately, the museum was saved, and the vehicles inside were moved offsite. The museum expects to reopen in a few days.

"Unfortunately the whole pit building was destroyed by the fire," said Héctor Farina, the circuit facility manager, in a statement. "That sector also included the press room, the race control area, and the VIP lounges. Both the museum and the control tower located at the far end, along with other offices and the medical center, had no major damage."

The next MotoGP race scheduled to take place in Argentina is November 19-21, 2021. It is too early to tell whether this event can still take place as scheduled. "The circuit is fully insured against fire," Farina said, "So the economic damage is covered in that sense, but it will certainly take a lot of time to rebuild the entire pit area, which is necessary for national and international races."

No cause for the fire has been identified yet, though it is suspected to have started in the VIP area on the top floor of the building.

Over 200 Bikes Destroyed By Fire At Europe's Highest Moto Museum