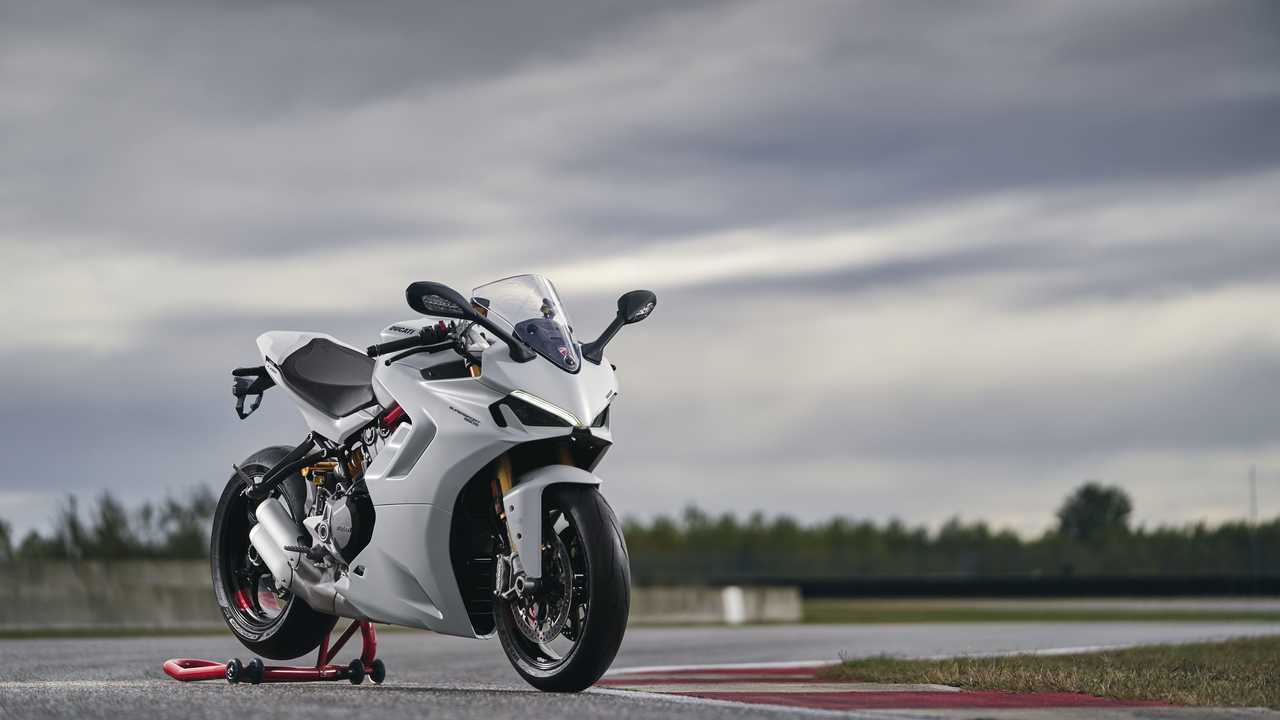 Those Panigale good looks run strongly in this family.

Now that all the year-end holiday excitement has quieted down, are you waiting excitedly for Ducati to get moving on the facelifted 2021 SuperSport 950? If so, we’ve got good news for you. The team at Borgo Panigale announced that they’ve officially started production on all the new SuperSport 950s and S models that will grace dealerships in 2021.

Introduced on November 18, 2020, the 2021 Ducati SuperSport 950 took on more than a small Panigale influence in its redesign, and it’s all the better for it. The S model in Arctic White Silk is particularly breathtaking, and surely looks like a snowy arctic fox speeding along out on the road. The other colorway offered for 2021 on both the 950 and S models is, quite naturally, Ducati Red.

Powered by the 937cc Testastretta twin also found in both the Multistrada 950 and the Hypermotard, the 2021 SuperSport 950 is also Euro 5 compliant. It produces a claimed 110 horsepower and 69 lb-ft of torque, in keeping with the claimed figures on the previous model. Nice upgrades include the new Bosch six-axis IMU, up and down quickshifter, hydraulic clutch control with adjustable lever, and three ride modes. Incidentally, Ducati also took pains to point out that finding neutral when parked is easier than ever on the 2021 SuperSport 950, which is certainly no bad thing.

The 2021 model also gets the benefit of a brand-new 4.3-inch TFT display, which looks clear and bright in photos, and hopefully also looks that way in bright sunlight. In the U.S. and Canadian markets, both the SuperSport 950 and S models will begin rolling out to dealerships in March, 2021. Pricing on the 950 starts at $13,495 (U.S.), while the S starts at $15,795. Spring is coming, folks—and it’s bringing some choice bikes with it to start your prime ride time off right.