This Cover Could Protect Your Bike From Rust Over The Winter 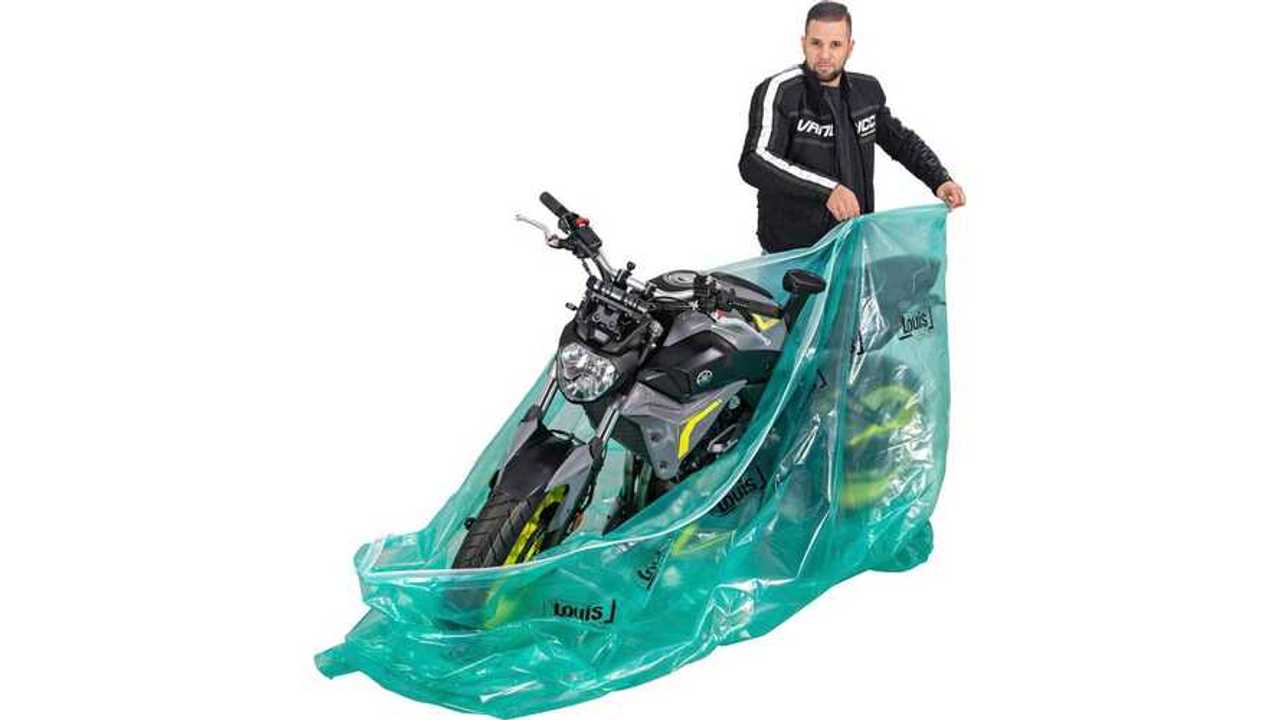 Winterizing motorcycles in a zip.

If you reside in the Northern Hemisphere, your local temperatures have probably dropped a wee bit over the past few months. While we humans simply toss on a few extra layers in winter, sweater weather isn't as easy on our motorcycles. Whether your prized possession spends nights in a garage, a carport, or parked on the street, fluctuating tempts can lead to condensation, and where there’s moisture, there’s rust. To combat oxidation during storage, German apparel and equipment company Louis Moto created the VCI Fold. Garage.

Based in Hamburg, Louis Moto knows a thing or two about plummeting temperatures, snow, and winterizing motorcycles. While some resort to corrosion protection sprays, the brand developed a more convenient and comprehensive shield. Louis Moto may call the protective layer a foldable garage but it looks more like a Ziploc bag for your motorcycle. Using a volatile corrosion inhibitor (VCI) lining on the inside, the Fold. Garage restricts rust and insulates the vehicle from external conditions.

Users roll their bike into the oversized baggie, seal the inbuilt sliding closure, and the Fold. Garage takes care of the rest. Similar to a greenhouse, the polyethylene barrier lets in the sun while guarding the bike against extreme temperatures and precipitation. Safe for metal surfaces as well as paint, plastic, and rubber, the internal VCI atmosphere even coats hard-to-reach areas. When spring returns and your bike emerges from its wintery cacoon, the VCI quickly dissipates once the seal is broken.

Offered in two sizes, S-L and XL-2XL, the VCI Fold. Garage accommodates motorcycles up to 110 inches and 125 inches in length, respectively. The former costs €29.99 ($36 USD) while the latter comes with an appropriate increase to €39.99 ($48 USD). Louis Moto claims that both versions last for 24 months and users can renew the cover with an optional VCI emitter.

No, the VCI Fold. Garage may not be the most elegant way to store a motorcycle but it’s hard to beat the price and convenience. Unfortunately for us Yanks, Louis Moto only ships the protective cover to Europe, Asia, Canada, and Mexico. Hopefully, the VCI Fold. Garage makes its way to the States soon, as we no stranger to inclement weather during the winter months.

Baby, It's Cold Outside: