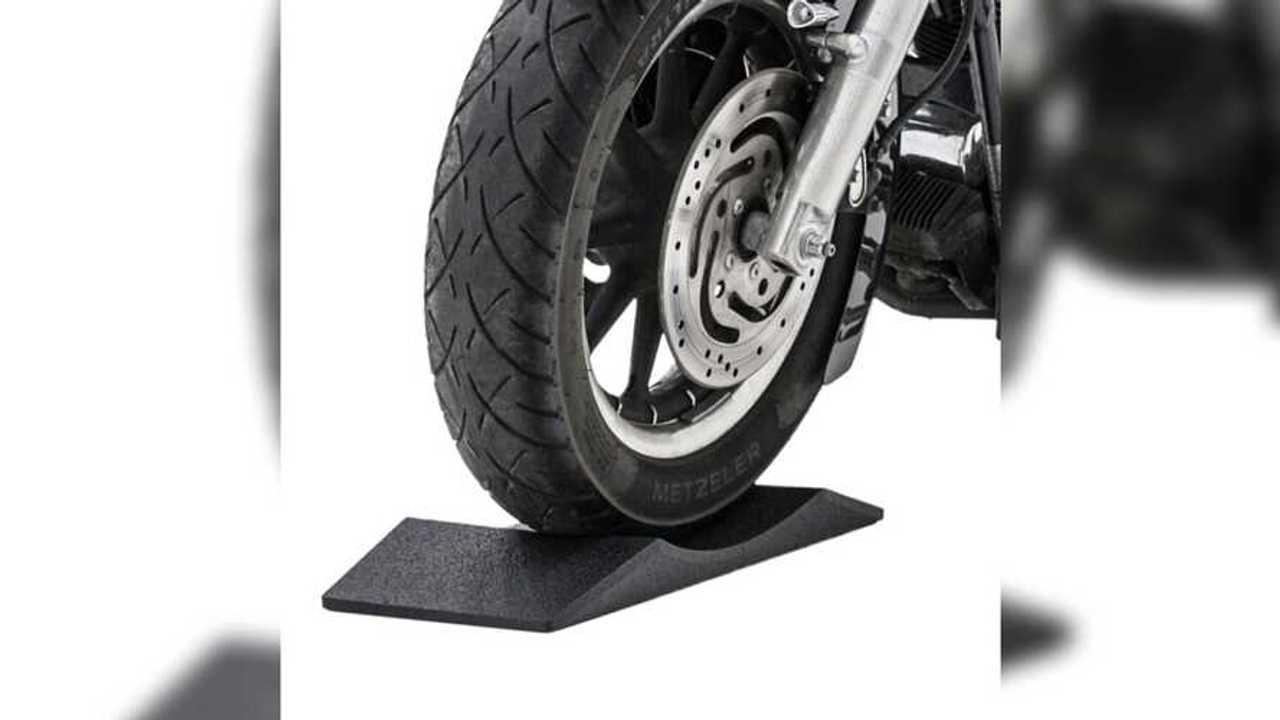 Keep your tires round. It's not hip to be square.

Have you ever gone for your first ride of the year and felt a "whomp whomp whomp" from your tires? Soft high-performance tires, like most motorcycles use, are prone to developing a flat spot when parked for long periods of time, such as when parked over the winter. Black Widow's FlatStoppers are designed to cradle your tires, providing a large contact patch that will spread out the bike's weight and prevent flat spots from forming.

Black Widow's sister company, Race Ramps, has been making a similar product for cars for some time. They've taken this technology and put it to use for two wheels as well. They're made of a special foam that insulates tires from hot or cold floors and can accommodate tires up to 8.75 inches wide. Each FlatStopper can support 750 pounds, which means that a pair will work for motorcycles weighing up to 1,500 pounds. Both ends have an integrated ramp, which means you can ride your bike both into and out of them easily.

Each FlatStoppers kit, which costs $84.99, includes two FlatStoppers plus an octagonal kickstand rest. This goes under your kickstand and raises it to the same level as the tires on the FlatStoppers to maintain the proper geometry to keep your bike rubber side down. The puck slides into an opening on the bottom of the FlatStoppers which enables you to stick two of them together for compact storage during the riding season.

FlatStoppers will also work on Black Widow's motorcycle dolly, which includes 360-degree rotating casters to let you roll your bike around in any direction, useful for small garages and other tight locations. The octagonal puck fits directly into the dolly's kickstand holder. This combination seems like a great way to safely store and move your motorcycle around while snow is in the air.

Ask RideApart: How Do I Store My Bike For Winter?
⠀