The electric nautical jet engine will use Energica's battery and drivetrain technology.

Energica Motor Company, who we know and love for their electric motorcycles, has announced a partnership with Sealence, a fellow Italian company working on electric propulsion systems for ships. The partnership would involve Energica providing its special sauce that has worked so well for its motorcycles for use in ships as well.

Sealence has already developed an engine they call the DeepSpeed. It looks like something you'd see hanging off an aircraft wing, but this one lives underwater attached to the back of a ship. Rather than jet fuel, it runs off a powerful electrical system. This is not just a big battery bank, but a sophisticated charge control system as well. Solar panels deployed around the ship will provide natural power for recharging. The system would also be able to take a full recharge from shore power while docked. A diesel generator also will be on board as a last resort in case more eco-friendly charging methods fail to keep up with demand.

More than likely, part of Energica's contribution to the effort would be its high-density batteries, enabling more charge to be stored in a smaller package. While space is not at as much of a premium on a ship as a motorcycle, it's still limited, and this would help. Energica's current batteries can hold up to 21.5 kilowatt-hours of electricity, which propel their bikes up to 249 miles in low-speed, stop-and-go city riding. That's farther than many traditional motorcycles have between fill-ups. 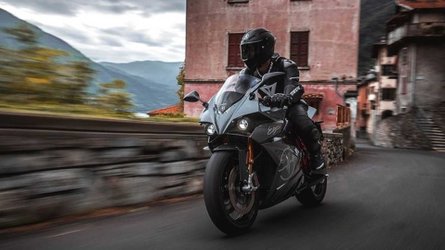 Energica Is Rocking The Electric Game With Booming Performance Numbers
⠀ 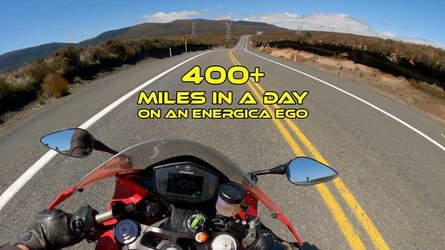 Long-Distance Electric Motorcycling Is Easier Than You Think

An electric boat may seem like a crazy idea, considering how much we stress about range anxiety here on dry land, but it makes great sense. At sea, there's nothing to block the sun from hitting solar panels. A ship could recharge itself as it goes, hypothetically eliminating the need to refuel. During my motorcycle van camping adventures, a much smaller solar system has supplied all the power I need to live, play, and even write for RideApart while in my van, leaving my vehicle battery untapped to ensure it will start the engine. Particularly with Energica's help, upscaling a system like this to power a ship doesn't seem crazy at all.