Check Out This Lamborghini Motorcycle Concept That Never Was 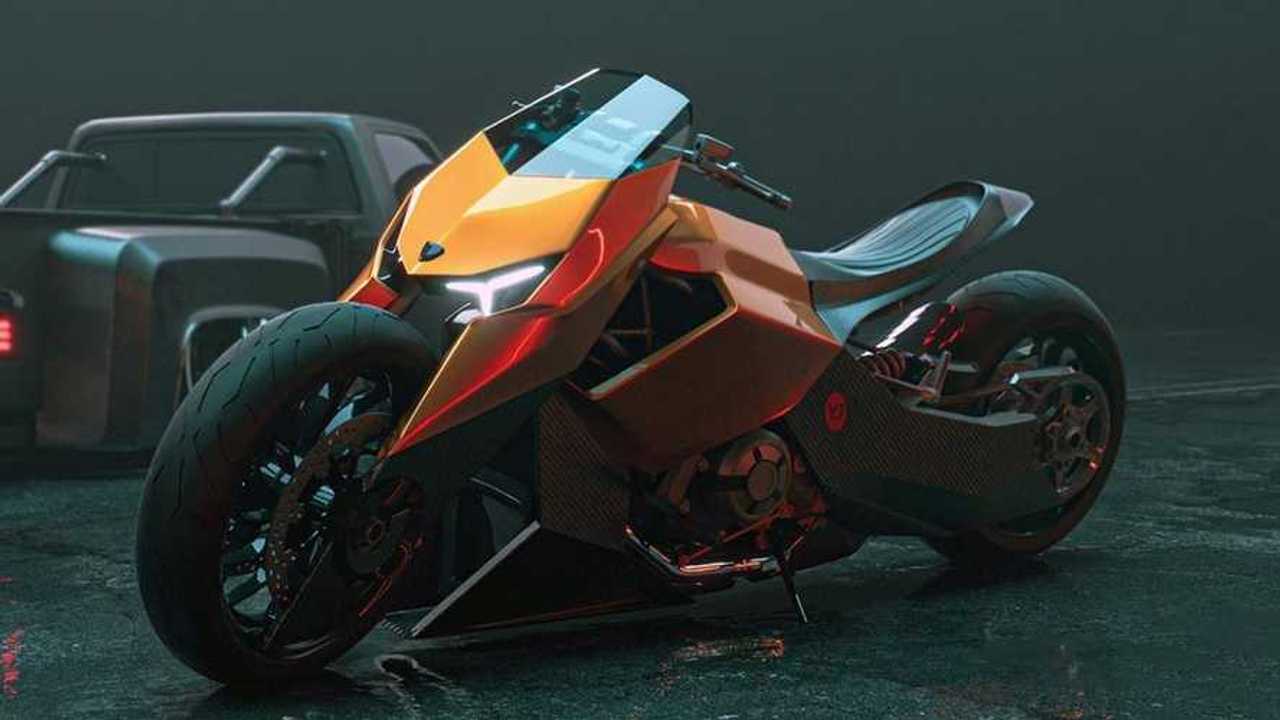 Lamborghini never made a motorcycle. Parent company Volkswagen already has high-end Italian motorcycles covered by their ownership of Ducati, so there's no need. What if they did, though? Vehicle artist Al Yasid has put his thoughts on virtual paper with some rather compelling results.

Yasid normally sticks with cars and has thousands of renders across his social media pages. In this case, though, he crosses the streams into motorcycles with what he thinks a Lambo-branded motorcycle would look like. It appears to be based on the existing Ducati Diavel, an excellent choice for the type of bike a Lamborghini-badged motorcycle would be. Conveniently, and likely not by coincidence, it's also ripe for the taking from the Volkswagen Auto Group's big happy family of vehicles.

The exterior, however, is pure Lamborghini styling. The original Diavel has been stretched to give this a leaner, meaner look. The headlights on the front cowl reflect the angular styling of the ones found on their cars, with a Lamborghini badge in the center like a hood ornament. The red LED strips in the back evoke the Aventador's similar tail lights. Unlike the Diavel, most of the bike is covered in angular bodywork. In addition to bare carbon fiber, Yasid has finished the bodywork in Lambo's signature Reventon Silver, Aventador Yellow, and California Orange.

Online fans of the design have begun calling this the Mangusta, despite the fact that a rare De Tomaso supercar already bears this name. That's okay, though, because the chances of this bike going into production are somewhere between "no way" and "not at all." This is merely a design exercise on the part of Yasid, an independent artist who does not work for Lamborghini, Volkswagen, or Ducati. You will never be able to buy a Lamborghini Mangusta motorcycle. As a consolation prize, though, you can buy some of Yasid's other artwork on his website.

Ducatis That Never Were: