Here's A Much Clearer Look At The Upcoming Royal Enfield KX650 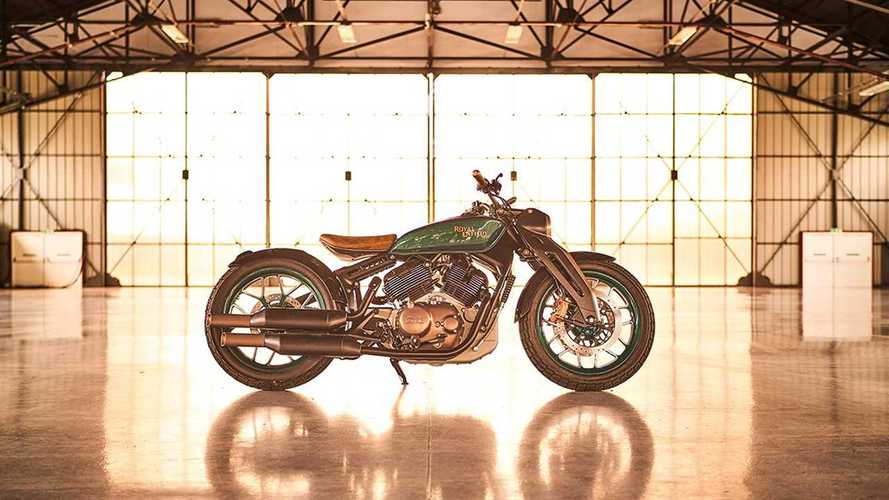 Is that a camera in your pocket, or are you happy to see RE?

Back in August, 2020, an eagle-eyed YouTuber spotted a mysterious Royal Enfield test mule out on the road in India. It appeared to be variation on the Concept KX, and Sabrina noted it had a similar dual exhaust setup to the 650 Twins—thus leading to suspicions that it’s a third bike powered by that same 650cc parallel twin.

Now, in October, the Indian news media has more spy shots of what seems to be the KX650. While it was tough to see the engine in that short video clip, the new shots make it quite clear that it is, indeed, Enfield’s new 650 Twin engine.

The KX 650 also appears to have an upside-down front fork, which is a first for Royal Enfield. It appears to get its own frame, and the overall look is one of length and darkness. It’s not completely murdered out, but it’s definitely going for that very classic black and chrome cruiser vibe. All of that makes sense, since it appears to be a direct competitor to the Kawasaki Vulcan S. That said, it’s expected to be priced much more competitively in India than that bike.

As for when the production KX650 could be launching, initial thoughts are sometime later in 2021. However, since the Meteor 350 launch has been pushed back, it’s unclear what effect that delay may have on the rest of Enfield’s release calendar.

Could the KX650 possibly fail to materialize? It’s more difficult to contemplate, since it appears to be so far along in the process of becoming a real, production-ready bike. Plans for a 250 were scrapped, but those seemed to be in a much earlier stage of development. While we of course can’t say for sure, it seems unlikely that Enfield would spend so much time on developing the KX650 to pull the plug now.

Will we see the KX650 launch outside of India? It’s a bit early to say at this point, but the fact that the two previously introduced 650 Twins have done so well in international markets definitely makes it seem like a possibility.