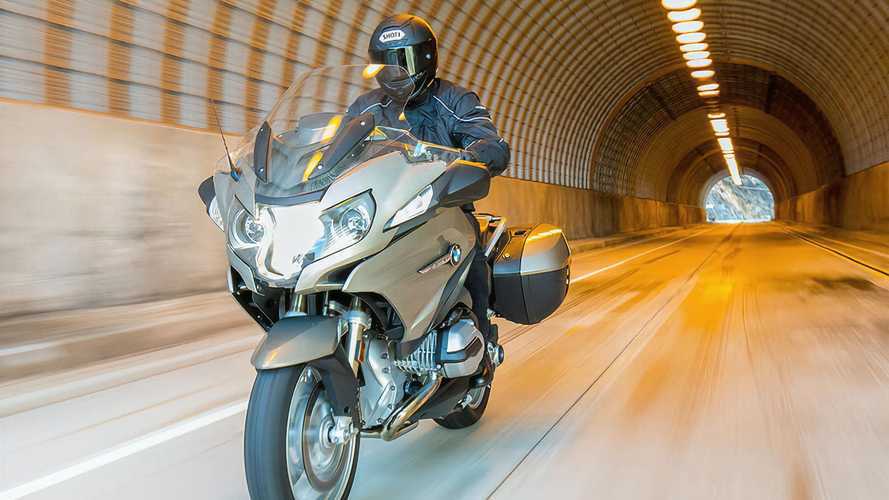 Munch those miles, rain or shine.

While it’s definitely true that you can tour on any bike you’re stubborn enough to ride for hundreds and/or thousands of miles, most riders want something that won’t leave them feeling like they just got beat up at the end of several hours. Sport touring riders, as a rule, want the best of all worlds: sporty handling, reasonable comfort for long rides, and tires that will eagerly munch miles without wearing too quickly. It’s not too much to ask, is it?

If you’re one of those riders and you’re thinking about new tires, Dunlop just introduced the newest iteration in its Roadsmart series. According to the tire maker, the new Roadsmart IV improves on the previous Roadsmart III in multiple ways. Mileage improvement is where you’ll see the biggest difference, but the new compound also results in performance gains in both wet and dry conditions.

Dunlop tested its new tires on a 2018 BMW K1600 GTL at its company proving grounds in Huntsville, Alabama, as well as on a 2018 Honda CB1300 SB in Japan, on both public roads and highways. The company’s own tests revealed a 23 percent mileage improvement in the Roadsmart IV front tire over the III, as well as a 26 percent mileage improvement in the new rear tire. In dry conditions, nimbleness and steering response improved by around 5 percent with the RSIV. Meanwhile, Dunlop testers noted 10 percent performance gains across the board in the wet with the new compound.

Of course, all this tells you is that according to Dunlop’s own testing, Dunlop’s newest entry in the Roadsmart series is an improvement over its previous version—which, I mean, you’d hope would be the case. How does it stack up against the competition? We’ll have to wait to see reviews and comparison tests come in—and also until we hear some real-life stories from riders after they’ve put some miles on.

Easy Bike Maintenance To Do With Tools From Home: The Tires

Motorcycle Tires: How Old Is Too Old?
++