Weekend WTF: Harley Are You Ok? Are You Ok Harley? 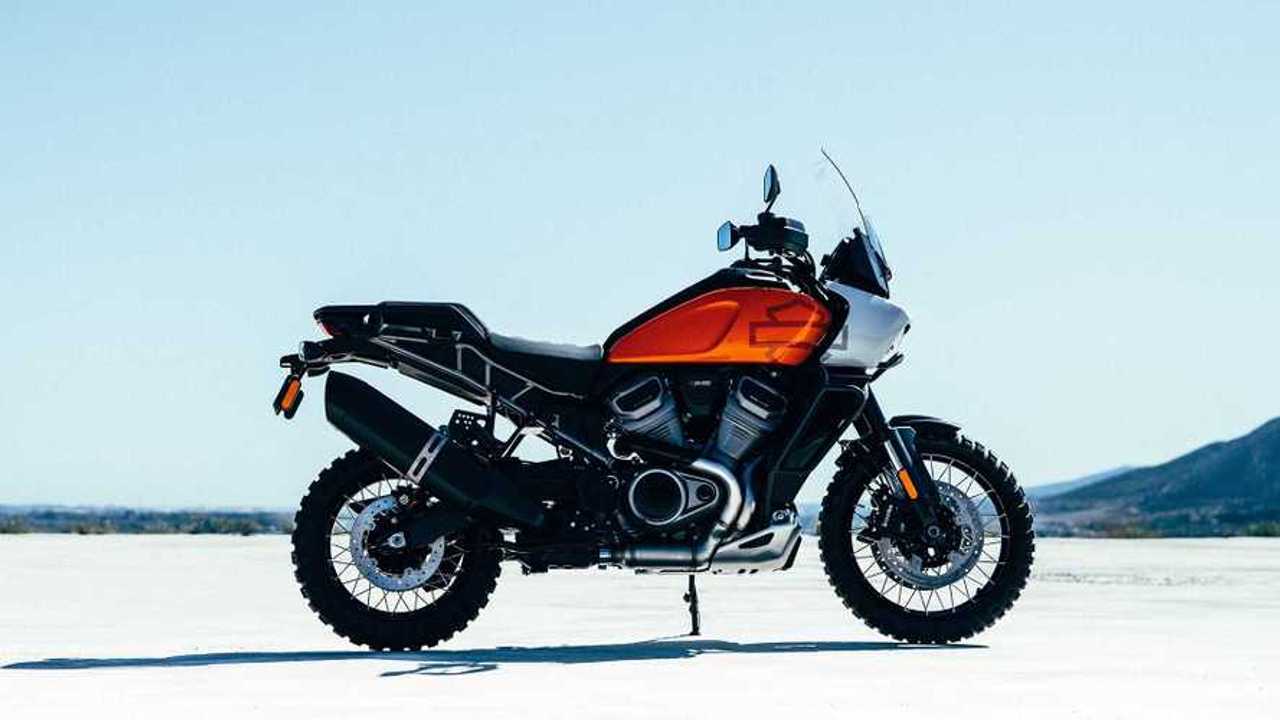 It’s me, Sabrina. I know we haven’t spoken in a while, but you know how things go. Life gets in the way and months go by without you noticing. All of a sudden, you're halfway through the year and you don't know where the time has gone. I’m writing today because I wanted to check up on you.

I might not have been in touch much recently, but I’ve been watching and it looks like you’re going through a rough patch. On top of all the things that are happening, being dropped from the index of biggest American companies must have been a bit of a blow to your ego. You’re a big part of the whole Americana culture and your name on the big 500 list cemented that. You were the only motorcycle manufacturer on the S&P, and that probably meant something.

Rock And A Hard Place:

Though it might not be the worst news we’ve received about you recently, it’s just another line added to the list of things that aren't going in your favor at the moment. I think you can agree that the report about you asking for yet another loan is a little alarming.

I know we don’t always agree, and that your vision and mine don't align. Remember, however, that if I’m hard on you, it’s because I care. I’m not your target audience and I don’t feel like I belong to your world, but that doesn’t mean I want anything bad to happen to you. Maybe I’m being a too naïve and idealistic, but I’d love to see you become the kind of brand I’d buy into. I don’t know if you have that capacity, but I’m an optimist and I’m rooting for you.

Not everyone agrees that your “return to basics” strategy is the right one, but for what it’s worth, I get it. Right now, it’s not a bad thing to focus on what you know and do best. Though it might be slowly withering, you have a loyal following and you should rely on them right now; they’re your support system. By validating their loyalty, they’ll help you stay above water while you figure out how to build yourself up, 21st Century style. Because ultimately, you will need to.

We were excited about the “More Roads to Harley” plan because it looked like you were finally trying to speak our language—the language of people who aren’t sold on the Black and Orange. Everyone is curious about the Pan America and, to a certain extent, about the Bronx. We all have our fingers crossed that you managed to think a little outside your “cruiser” box and that the Pan Am will be as awesome as it has the potential to be.

This is one Harley I'm excited to check out!

It looks like that whole bit about reinventing yourself was a little too much in your current situation. Overhauling a brand image takes time, money, and a vision and, I’ll be honest with you, the vision looked a bit confused. You tried to tap into too many different veins at the same time. I think easing your way out of your usual circle of products into another segment, one at the time would have made sense. That being said, I have a feeling Levatich and co. were pressured into coming up with a solution and reacted aggressively to avoid a corporate debacle. So, here we are.

You’ve also decided to cut back on your production which isn’t necessarily a bad thing. It might be symptomatic of your current situation but I think that, ultimately, it will do you well. If you want to position yourself as a premium product like you said you wanted to do with the LiveWire, then maybe aiming to move tens of thousands of units a month isn’t very realistic. Some might argue that a brand like BMW pulls it off but we must keep in mind that its most popular product—the R 1200/1250 GS—is also the most versatile. Your best sellers aren’t exactly “versatile”.

If, on the contrary, you want to remain more mainstream and get your numbers back up to that pre-2008 crisis Golden Age, then you should really consider garnishing that sub-$15,000 segment a little better with a little more variety.

There's one thing I admire about you and that’s the Harley community. It’s like a small family within the motorcycling family. A small, tight-knit group of people that all relate and that’s a nice thing to see. Not a lot of motorcycle manufacturers have that. The problem is that, unless “outsiders” like me decide to spend $30,000 to buy one of your bikes, your people don’t feel very welcoming and inclusive. That’s a shame because I know they can be.

You regularly hear of Harlistas hosting charity rides and events and helping one another. They rarely actually discriminate against non-Harlistas—yet we have the perception that they do. To be fair, a handful of them can be jerks but that's the case with most groups of people.

As we recently discussed, you built on that “badass” image and left little room for those who don’t want to feel like outlaws and big, bad guys. It’s all about image, right? It served you well back in the day but now that the way people perceive and use motorcycles is shifting (quite dramatically indeed) you need to shift too. How do you curate your existing customer base while also creating a new one? I think once you find that answer, things are going to look up for you.

You’ve got a lot of good things going for you and somewhere I hope you’ll be able to build yourself back up. Your new bossman Jochen Zeitz has had some pretty innovative ideas in the past and, if given the chance, I think he can do some really cool stuff for you. Just don’t let the limits of your comfort zone get in your way.

Anyway. I hope you’ll be ok. Remember. I’m rooting for you.