Custom shop Hookie can make you a Cobra commander today.

If you like your retro with a side of future, you might be picking up what German customizer Hookie Company is putting down with its limited-edition Cobra bike. Based on a 2020 BMW R NineT, Hookie took its neo-classic feel and brought it forward in time just a bit. All those swooping, rounded lines are more angular, with a bit of a café racer flair, except it’s now thoroughly modern.

In total, Hookie will make just 10 Cobras, each one with its own distinct colorway. Additionally, to keep things manageable, the shop is dividing the workload into two sets of five bikes each. The team is hard at work on the first set now, while the second set is due in Autumn 2020.

Also Bending R nineTs To Their Will: 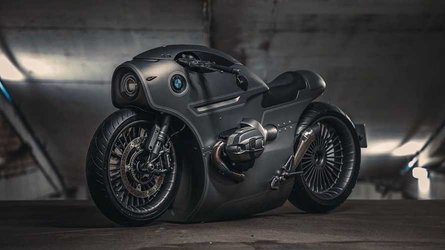 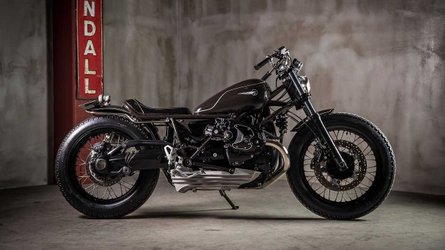 The first unit in set one has already been sold, in colorway Toxic Red. However, you can still preorder the Electric Yellow, Stealth Pattern, Dark Cooper (which looks like they meant ‘copper’ to me, unless there’s either a hidden barrel or an evil Kyle MacLachlan doppelganger somewhere in this design), or Ice Blue versions.

The shop’s process makes extensive use of 3D printing to build its components. First, they do rough sketches on paper before moving on to clay models. From there, it’s on to CAD and final refinements before 3D printing. That gives the team ample opportunities to work out any necessary adjustments along the way.

Hookie uses fiberglass-reinforced PA12 material to form its parts. Industrial manufacturer Fast Radius wrote, “PA 12 (also known as Nylon 12) is a good general-use plastic with broad additive applications and is known for its toughness, tensile strength, impact strength and ability to flex without fracture.” It’s commonly used for injection molding as a result.

If you like what Hookie did to the RNineT, the cost for a Cobra is €34,900, or US $39,139. That cost does include the 2020 BMW R NineT that Hookie will transform, saving you a step. Each one takes from six to eight weeks to craft, and can be shipped worldwide.