Delfast Top 3.0 Electric Bike Is Definitely Not Too Slow

Pedals for ornamental purposes only.

The line between electric motorcycle and e-bike gets blurrier all the time, and the new Delfast Top 3.0 is certainly doing its part. Ukrainian company Delfast released two versions of the Top prior to this one, and the company keeps improving upon its initial design in ways that are small, but clear. Let’s dive in.

The biggest change between the new Top 3.0 and the previous Top 2.0 is how it’s driven. The new model features a Gates carbon-fiber belt drive instead of the chain found on the previous version. Delfast chief engineer Serhii Goncharov called the chain “a major weakness of the entire e-bike design,” which the bike maker just fixed. The new carbon belt should last longer and also require less maintenance, which definitely works in a rider’s favor. 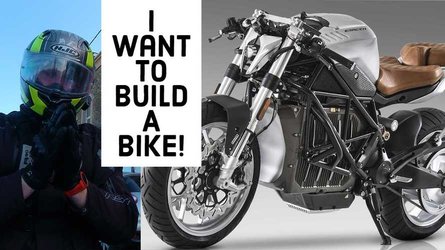 Is The Future Of Electric Motorcycles A Modular One?
⠀ 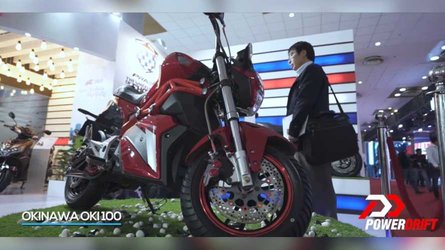 India's Okinawa Autotech To Launch Its First Electric Bike In 2020

If you’re unfamiliar with the Top 2.0, that’s OK. “This is an ‘electric bicycle’ in about the same way the Dodge Charger SRT Hellcat is a ‘family car,’” opined Forbes reviewer Bill Roberson upon riding the thing around Portland, Oregon for a while. He went on to call it “basically a small electric motorcycle with some vestigial pedal-shaped appendages.” Considering that electric motorcycles in 2020 run the gamut from low-speed, low-range models intended for last-mile commuting and Energicas, it’s a welcome addition to the growing electric motorbike army.

So, what are the specs on this thing, anyway? The Top 3.0 boasts a claimed 200-mile range on a single charge of its 72v 48ah Panasonic battery. Top speed is 50mph, which may not get you on the highway, but it’s perfect for all your city streets and/or back roads. It weighs 154 pounds, and has a load capacity of 298 lbs.

Another 3.0 upgrade is a new headlight unit that features both a low and a high beam option. Upgrades are relative, and if the 2.0 didn’t offer this option to begin with, that’s most certainly a positive development.

Delfast will ship a Top 3.0 to you anywhere in the world, including the U.S. MSRP is US $6,649 if sold to U.S. buyers, or 6,249 Euros for European buyers, or US $6,799 to anywhere else in the world. If you pre-order a Top 3.0 through June 30, 2020, early bird pricing is U.S. $5,649. Additional OEM upgrades including panniers and a cargo trailer are also available directly from Delfast. The Top 3.0 is tentatively scheduled for production in August 2020, but the company hasn’t listed an estimated date for deliveries at the time of writing.