This pristine example on Bring a Trailer shows how it all started.

During the first part of the 20th century, motorcycles had always been intended for use on both pavement and dirt surfaces, since the roads of the time were such a haphazard mixture of the two. As the main drags got paved, everyday bikes became more dedicated to the pavement, with less compliant, better handling suspensions and smoother tires that gripped the tarmac well. That left an opening for bikes more dedicated to dirt, which Yamaha jumped into with the DT1 250 in 1968. Honda, being late to the game for once, threw some dirt tires on a CB350 and called it the SL350.

Of course, it takes more than a tire change to make a true trail bike. The first SL350, known as the K0, had great looks and a comfortable seat, but it fell predictably short of the mark when it came to dirt performance. Honda fixed that in 1970 with the K1 version. It didn't look much different than the original, but it had a new frame, brakes, and suspension, as well as revised engine tuning. Although it made less peak horsepower, its power was much more usable further down in the RPM range. The result was everything a dual-sport ought to be.

Before The Africa Twin: 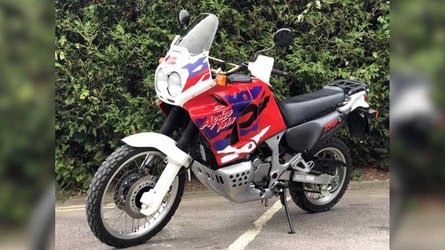 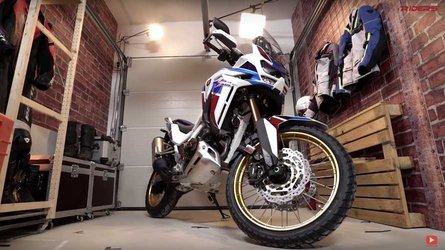 Good clean examples of the SL350 are rare today, but this example from 1971 on Bring a Trailer has been painstakingly restored. It wears a classic Topaz Orange paint job, a popular color for Hondas in the 1970s, with a silver frame. The paint, gauges, and wheels look as good as new, and the Shinko Trail tires are genuinely new, a perfect fit for this bike.

The seller used numerous new-old-stock parts in the restoration. The seat, for example, commonly tears on top and rusts underneath, but this one is absolutely perfect. The same goes for the exhaust, which bears a US Forest Service approval stamp for off-road use. Even the fasteners are the correct ones. Although its true mileage is unknown, no doubt far greater than the 47 currently showing on the odometer, you couldn't tell it had more miles than that by looking at it.

I'm sure these bikes were great fun back in the day. Just like my KLR 650, you could ride them to the trail, go bomb around in the dirt, then ride home on the street, completely legally. Despite that, I genuinely hope this one never sees a trail again. Given the condition it's in, it belongs in a museum.