The BMW M1000RR Rendered With An Electric Supercharger 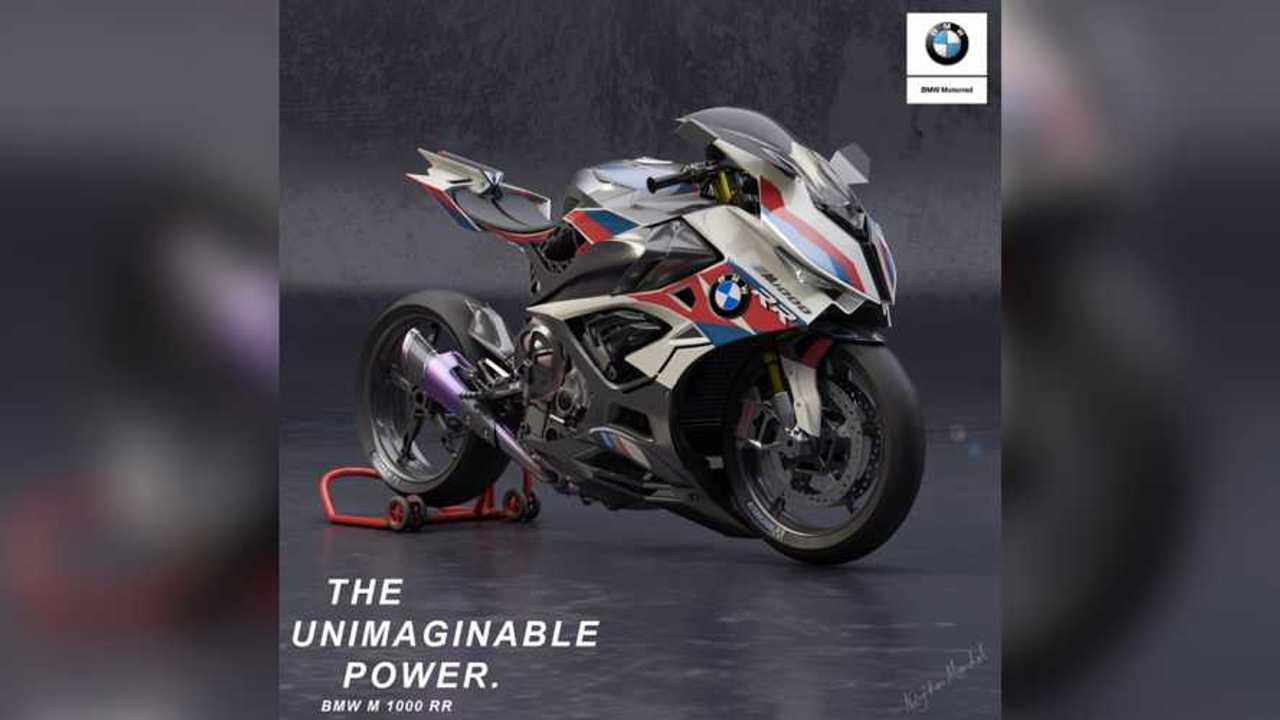 A few months ago, BMW filed a trademark with the European Union Intellectual Property Office (EUIPO) for three new names: M 1000 RR, M 1300 GS, and M 1000 XR—or what looks like “M-ified” versions of the S 1000 RR, R 1250 GS, and S 1000 XR. This sparked the rumor that the House of Munich was potentially working on performance versions of the three models and that it would apply its M Performance formula to market them.

We recently got a look at what the M 1300 GS could look like thanks to a render commissioned by German publication Motorrad. A new render has now surfaced, showing this time what the M 1000 RR could look like and simply put, it looks like an S 1000 RR with a bad case of the Mondays.

This Is What A BMW M Performance Motorcycle Could Look Like

Digital artist Nirjar Mardal is behind the renders and made sure that the M 1000 RR looked the part—the bad guy part I mean. The already aggressive-looking S looks beastlier with its protruding triangular headlights, the complex fairing with carbon fiber details, the paper-thin floating saddle, and what looks like a slightly stretched out wheelbase. Considering the entry-level S is already quite the speed demon, a longer wheelbase to try and keep it grounded upon acceleration isn’t such a bad idea. Especially when you consider that the bike is using a supercharger.

That’s the drawings’ most interesting feature: the artist integrated an electric supercharger concept to the designs. In fact, in 2019, several publications reported on a German patent that suggested that BMW was developing an S 1000 RR equipped with an electric supercharger. Until the trademark for the M 1000 RR showed up, the theory was that the next-generation S 1000 RR would be supercharged (a few years down the road considering the model was brand-new for 2019).

With the possibility of an M 1000 RR now on the table, the supercharger has found a new purpose. Sources suggest that the forced induction could add as much as 16 horsepower to the S 1000 RR’s output and ultimately reach a peak power of up to 220 horsepower.

Of course, this is all speculation, and BMW has the frustrating habit of keeping its secrets under tight seal until it’s ready to reveal them. Go figure. So, there might or might not be an M 1000 RR in Beemer’s future, but considering how good the S 1000 RR is, it would only make sense to add a little M performance to the picture.