This Is What A BMW M Performance Motorcycle Could Look Like 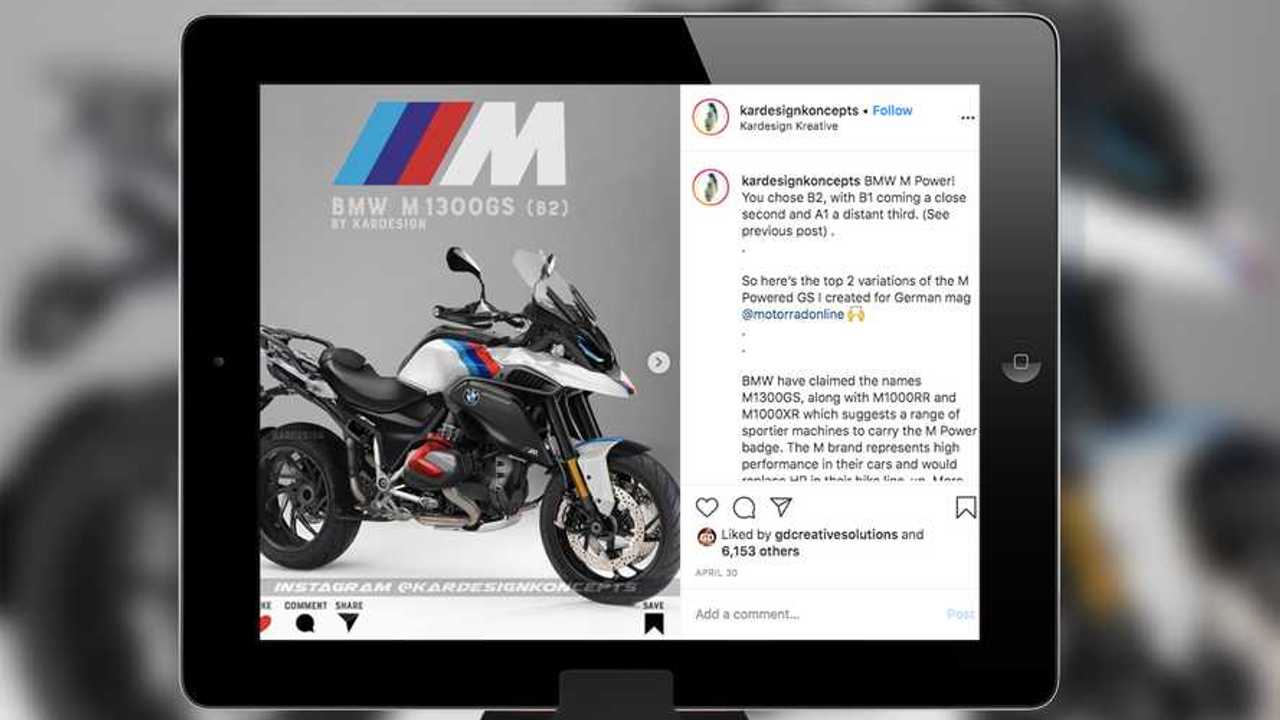 BMW’s M performance division has been making car enthusiasts dream and lust for the past five decades. On the motorcycle front, the House of Munich attempted to generate the same hype with the HP lineup with disappointing results. Not that the bikes weren’t any good—the HP4 was a real demon worthy of its “High Performance” badge—but that wasn’t enough to convince buyers to pay the $95,000 price tag and the model never really took off.

So, when you’re BMW, how do you get people excited about a line of performance accessories and bikes? You carry over the M branding and give that a shot, of course.

Brought To You By The Letter M:

The folks at Motorrad decided to have some fun and to commission a render of what that M 1300 GS would look like, and while we don’t really see the point of an M GS, we’re on board with this. Designer Kar Lee gave the GS a new, more aggressive headlight design, a new single-person saddle, an Akrapovič exhaust, and M-inspired red and blue accents.

BMW has yet to make any announcement regarding potential M models, so this is purely speculation. Though the manufacturer launched a collection of M accessories for the S 1000 RR, we have yet to see an actual M-branded model that goes beyond the component upgrade and receives an actual performance tune-up. After seeing this M 1300 GS render, however, we can't help but be curious to see what BMW will do with its trademarks.