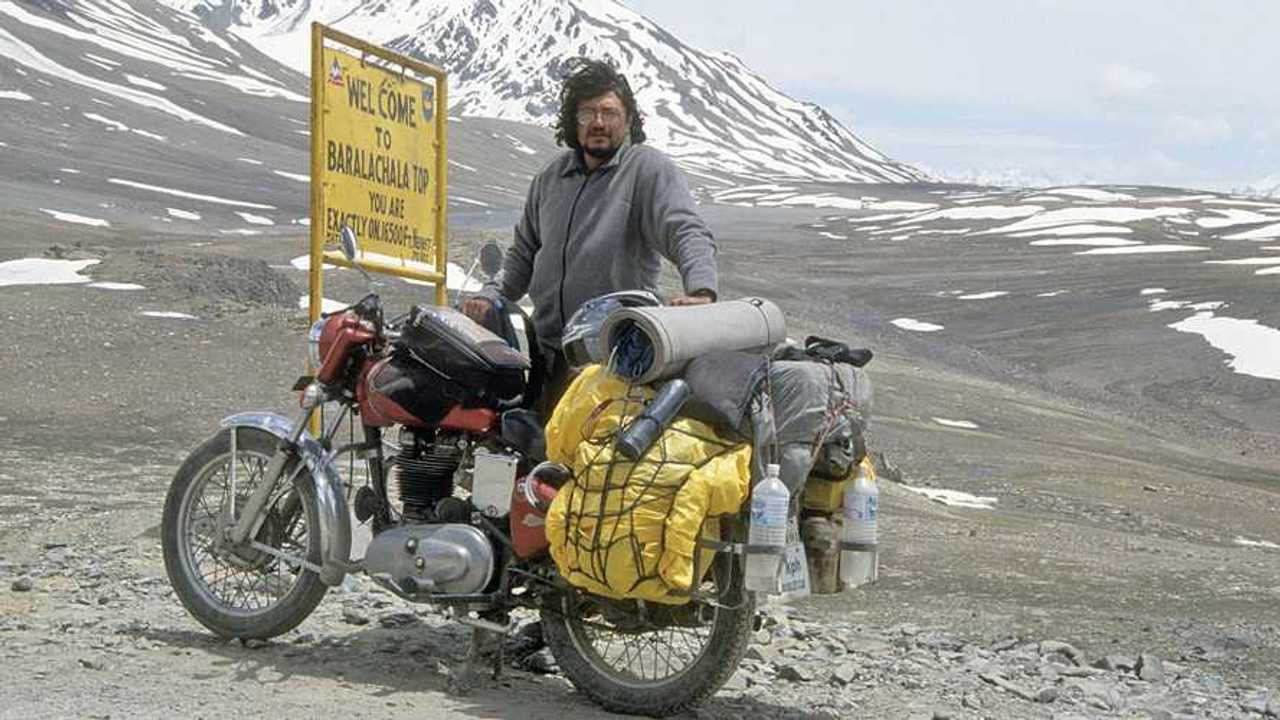 The adventure riding community and the motorcycle filmmaking community just lost a trailblazer. Movie director Gaurav Jani, whose work inspired motorcycle travelers and movie-makers alike, died on May 24, 2020, from organ failure due to infection.

In the motorcycle world, Jani’s best-known for two adventure riding films he directed in the mid-2000s. In 2006, he released Riding Solo To The Top Of The World, a 94-minute documentary about his ride through the territory of Ladakh, in northern India. It was a big change in direction for Jani, who had previously been working in the fashion industry. The film’s message wasn’t just about discovering the Himalayas; it was also about his self-discovery along the way. Jani did the film’s camera work himself, overloading his Royal Enfield 350 Bullet with equipment to get the footage needed from the mountains. The resulting film was well-received in India where it won several festival awards, and also screened internationally, proving popular at festivals.

Motorcycle Films For You:

In 2009, Jani released One Crazy Ride, another adventure riding film based in India. This film was about a group expedition, attempting to chart a new motorcycle route through the Himalayas. Jani and four other members of the 60 KPH Motorcycle Travel Club India (a group that Jani founded) tried to travel from Tawang in western India to the town of Dong, in the east.

Like Jani’s previous film, this self-filmed movie’s premise revolved around slow bikes in tough terrain. It also performed well both in the domestic market and in festivals around the world.

Just as importantly, it introduced a globe full of adventure-hungry riders to three ideas. First, it showed adventure motorcycle travel didn’t have to focus on adrenaline-fueled speed. Second, it inspired many other aspiring filmmakers to self-document their travels (a job that became much easier with the advent of the GoPro and other action cameras). Third, these films inspired countless riders to make the journey to ride the Himalayas themselves.

To learn more about his films, visit Dirt Track Productions.