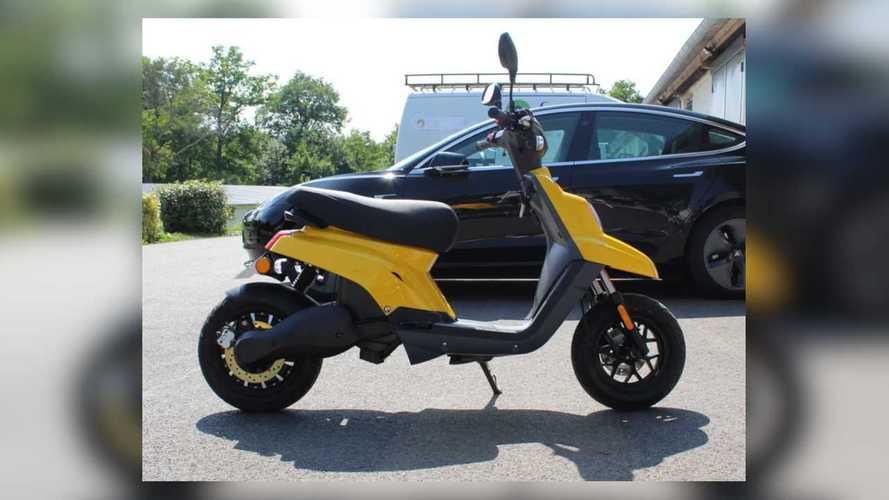 With all of your accumulated electric scooter and motorbike expertise, and a fully outfitted workshop at your disposal, what kinds of projects would you dream up in your spare time? If you’re French electric motorbike specialist Go2Roues, you’d figure out what it takes to convert a classic combustion-engined scoot you grew up with into an electric one, because why not? What could go wrong?

G2R started with a Viper 2T scooter, which is a copy of the much more popular MBK Booster which is, unfortunately, no longer made. However, many people grew up with this scoot and have fond memories of it, so it made a lot of sense as a starting point. G2R wanted to start with a newer bike that didn’t have too many miles on it, so they'd have fewer potential headaches to worry about when doing their conversion.

According to G2R, France has a Retrofit law in place that allows for conversion of combustion-engined vehicles over to electrics, as long as they meet certain requirements. Two- and three-wheelers must be at least three years old, while cars must be at least five years old. The Viper 2T ticked all the necessary boxes, so it was off to the races.

The G2R team took the electric powertrain out of a Rider 5000W electric scooter, but had to do a bunch of frame modifications to the Viper to make it all work. That included enlarging the overall frame width at the back by around 6 centimeters, or nearly 2.5 inches. That’s where having a fully-outfitted shop, with both welding equipment and knowledge, comes in awfully handy.

French regulations require that the power output be fairly similar to the original vehicle when doing such conversions. While G2R kind of stuck to the spirit of the regs, the shop did also improve at least one small thing about their finished creation. Instead of having a rear drum brake as the Viper 2T originally did, the shop converted it to a disc brake. I mean, while you have the thing apart, you’re always going to find other issues you need to address, right? You know all the words to this song and can sing along, admit it.

Some power and top speed gains were definitely made with the finished bike. While the old one did 0 to 50 kph (or 31mph) in 9.25 seconds and had a top speed of 45kph (just under 28mph), the electric swap does 0 to 45kph in 4.7 seconds. It can also reach a top speed of 95kmh (or 59mph). I’m not certain how that doesn’t qualify as a pretty significant performance gain, but I’m also not the one who has to get this new scoot approved by French officials before I can sell it, so what do I know?

That’s the other thing. Now that the project is complete, G2R has to obtain approval from the requisite French authorities in order to officially sell this scoot on to a private party. So, if you’re in France or know someone who is, you might want to let them know. There’s a form on G2R’s site so you can sign up to be updated once it’s available for sale.