Futuristic Electric Bike On The Verge Of Production 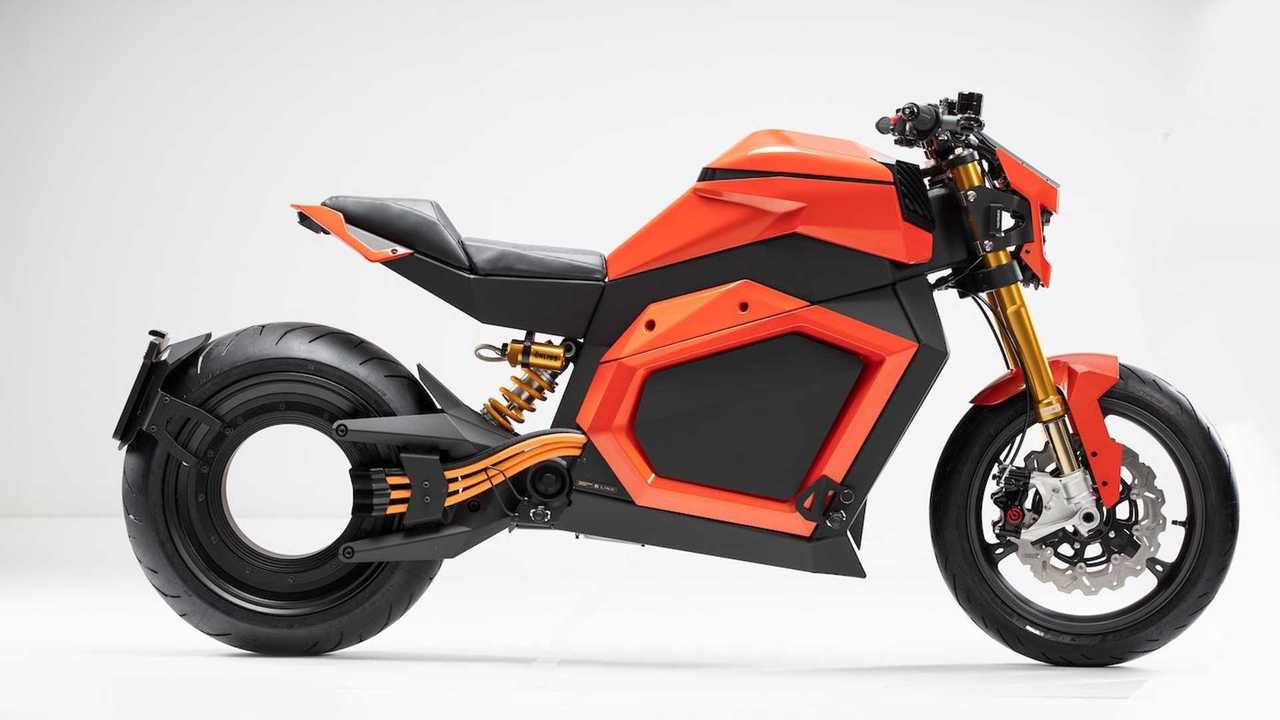 The small Finnish startup RMK Vehicles announced a rebranding to Verge Motorcycles at EICMA 2019. The company scaled up in order to produce RMK Vehicles’ E2 concept as the TS production model and reach an international audience. Releasing updating specs and sporting new premium components, the TS also retained the features that made it such a conversation piece—the hubless rear wheel and rim-mounted motor. Now, Verge is taking the electric concept for a final lap around the show ring before ramping up production.

With an 80kW (107 horsepower) motor and a jaw-dropping torque figure of 735 lb-ft, it’s no surprise that the TS can achieve sub-4 second 0-60mph times. What is stunning is that the electric powerhouse reaches a maximum city range of 180 miles and 120 miles on the highway. The addition of DC fast-charging should also cut down on recharge times as well.

The Future Is Nigh:

Is The RMK E2 Hubless Electric Motorcycle Ready For Production?
⠀

Lacking a rear hub, the engine doubles as the aft braking system. Verge diverted from convention yet again by eliminating the brake pedal for dual hand brake levers. Void of all foot controls, the TS features both rear and forward footpegs so the rider can adjust ergonomics to their personal preferences, situation, and riding style. The Finnish brand also reassures potential customers that rear tire swaps are as easy as conventional wheels (if you consider them easy) and can be done with simple shop tools.

Originally developed in the home workshop of creator Teemu Saukkio, the company plans to stick to the TS’s roots and produce the e-motorcycle in Finland. At $26,950, Verge’s first model won’t be cheap but the pricing aligns with the premium packages offered by competitors such as Energica and Harley-Davidson's Livewire. Of course, full Ohlins suspension and a dual-disc Brembo braking system up front helps justify the MSRP.

Verge recently opened pre-orders for the TS on the company's website. For €2,000 ($2,158 USD), customers can reserve a unit before the electric bike goes into production. Though the TS has come a long way from the E2 concept, it still has a way to go before we see it on public roadways. We’re looking forward to what it brings to the table in an ever-evolving electric market.