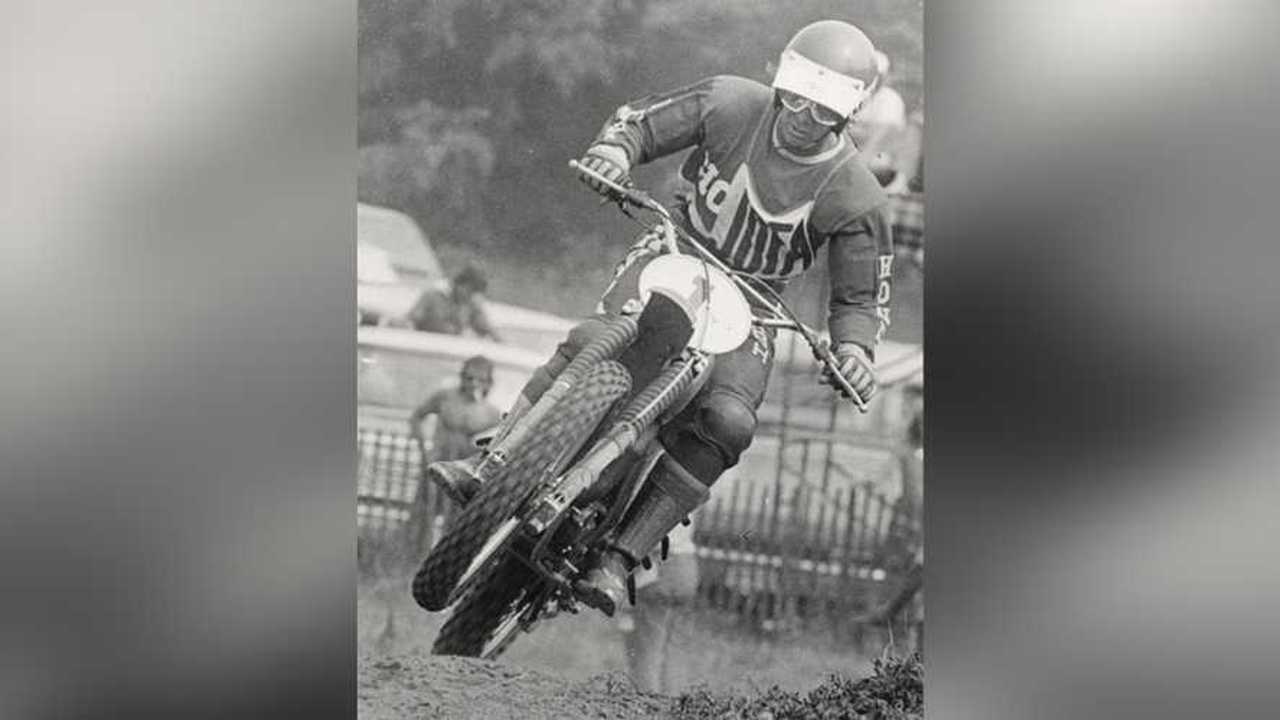 AMA Hall of Famer has passed away after a dune buggy crash.

Marty Smith, one of the most famous motocrossers of all time, has died. He and his wife Nancy were both killed in  a dune buggy crash in southern California

Smith rose to prominence in the 1970s, just as motocross was hitting mainstream popularity in the U.S. A California native, his dad was an off-road racing pioneer, and the gene got passed down as Marty won the AMA’s very first 125cc National Motocross Championship in 1974. At that point, though he was still a senior in high school, he was good enough to be on the Honda factory team and graduate with a B+ average.

Motocross Then And Now:

This 1981 Motocross Video Is The Epitome Of Radness
⠀

Smith was one of the fastest MXers in the U.S. for the next few years, as he was in contention not only for national championships, but also fared well in international racing (he was fourth in the 125cc World Championship in 1976).

His national championships all came aboard Hondas, and Smith was the one of Big Red’s poster boys during his time there. Including the 1974 AMA series, he also won the 1975 125cc championship, and the AMA’s 500cc motocross series in 1977. That was his last AMA title; an injury at the 1978 Houston Supercross event seemed to slow Smith down considerably. However, he didn’t quit immediately; he moved over to the Suzuki squad in 1980, before retiring from pro MX racing in 1981 and becoming a well-known riding instructor in the years after.

His last high-profile win was at the 1991 Baja 1000; he won the SCORE race aboard a Kawasaki, with Ted Hunnicutt Jr. and Larry Roeseler as teammates.

Smith’s early success and his later Baja win were enough to get him into the AMA’s Hall of Fame. You can see his Hall entry here, with plenty of other stories about his racing adventures. He was 63 years old at the time of his crash on April 27, 2020.