If you want a lawnmower with some grunt, it’s going to take significantly more effort than simply slapping a ‘Type R’ or similar sticker on it. Luckily, the two guys and a dog at Rufus Racing have just the thing: a donor 2005 Yamaha R1 engine. That 180-horsepower lump is the perfect power upgrade to swap into their 90s-era, 12-horsepower Westwood riding mower.

Now, this mower will still be a four-wheeler by necessity. Although it’s about to have a heart transplant provided by a donor bike, it isn’t magically going to be able to wheelie. Still, it’s probably going to be a blast to ride, and will make all future mowing jobs done with it both quicker and more fun. Will it ever take on the Fireblade-powered Mean Mower in competition? We can dream! 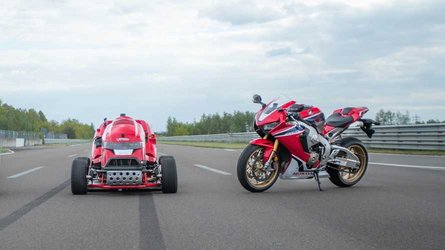 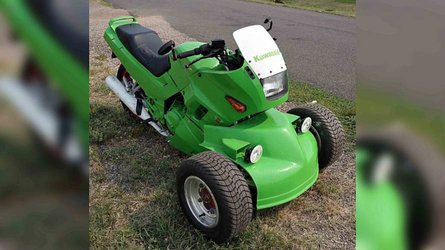 True story time: I wasn’t a kid who grew up riding bikes, but my grandfather way out in the country had a couple acres of land and a riding mower. When I was super small, all I wanted to do was help my grandpa mow the lawn. He wouldn’t let me because he was worried that I’d get hurt, but I was absolutely fascinated by that thing. The smell of freshly cut grass left in its wake didn’t hurt, either.

I don’t know what he’d have done with an R1 engine-swapped riding mower, but it would’ve been interesting to see. He was a car guy, but surely, he would have appreciated this particular brand of audacity.

Although this is a time-lapse video, it’s part one of a series of unknown length about this build. In it, you get to see the two guys muscle both the Westwood stock engine out of the mower, and the R1 engine out of the donor bike.

For his part, the dog is clearly enjoying himself as he watches over the entire proceeding, and I can’t help feeling like he maybe needs a little white hard hat. In any case, this very good boy obviously did his job right. At the end of the video, the new engine is sitting in the Westwood’s engine bay, ready to be hooked into place. That’s where it ends, and presumably all those struggles are where we’ll pick up next time.

I’m hoping we get to see a test run with the completed lawnmower at the end, and not just a startup segment. What’s it like to cut grass with that thing? Here's hoping they’ll show us. You know, for science.