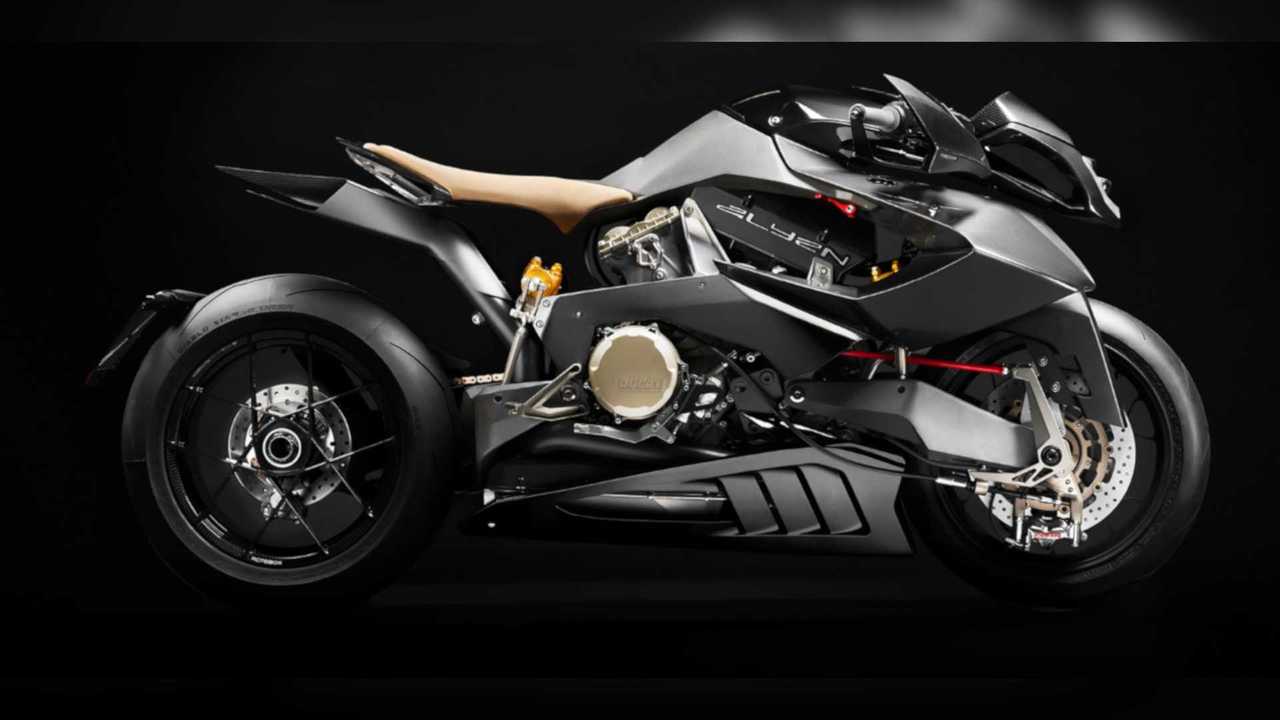 With its distinct ‘more is more’ approach, will Vyrus ever run out of tools in its (likely also hub-center) toolbox? For today, at least, the answer is no. This is the newest creation from Rimini, Italy, and it’s called the Alyen. Its beating heart is the 202-horsepower Ducati Superquadro engine out of a 1299 Panigale, but as usual, the frame, bodywork, and styling are 100 percent Vyrus.

In profile, it looks more like a spaceship than a motorcycle. Your personal feelings will undoubtedly vary about whether or not that’s a good thing. Because it’s a Vyrus, it has two swingarms doing the heavy lifting for the suspension, front and rear. This setup effectively separates your braking and steering forces, meaning you can be the latest of the late brakers and theoretically not upset your steering going through turns.

In A Class Of Their Own:

For those of us who have been riding more conventional motorcycles all this time, it reportedly takes a bit to get used to. The most common comment you’ll see across reviews from people who have ridden Vyruses (I haven’t) is that the steering feels a little disconnected, and either you get used to it and love it or you don’t. I mean, as someone who hasn’t ridden one, the math checks out.

The Alyen's frame is a magnesium double omega design combined with a self-supporting composite body. Steering is controlled via a hydraulic wired steering system. The 17-inch rims might be the least challenging thing about this bike.

In profile, it’s a brutish bruiser of a carbon-fiber-clad bike. That light tan saddle is the only element that doesn’t look like it came from some faraway intergalactic homeworld. Just how far did this bike travel to get to us here on Earth, anyway?

Looking at it straight on, it looks a bit like the Demogorgon out of Stranger Things. If it’s an ominous, otherworldly, exclusive, hub-center bike you’re looking for, then you’ve probably found it. There’s no official word on price yet, but it’s very likely in the upper five figures.

It’s sure to be a divisive design, to say the least. What do you think?