This Custom Honda NX650 Is Boxy But Good 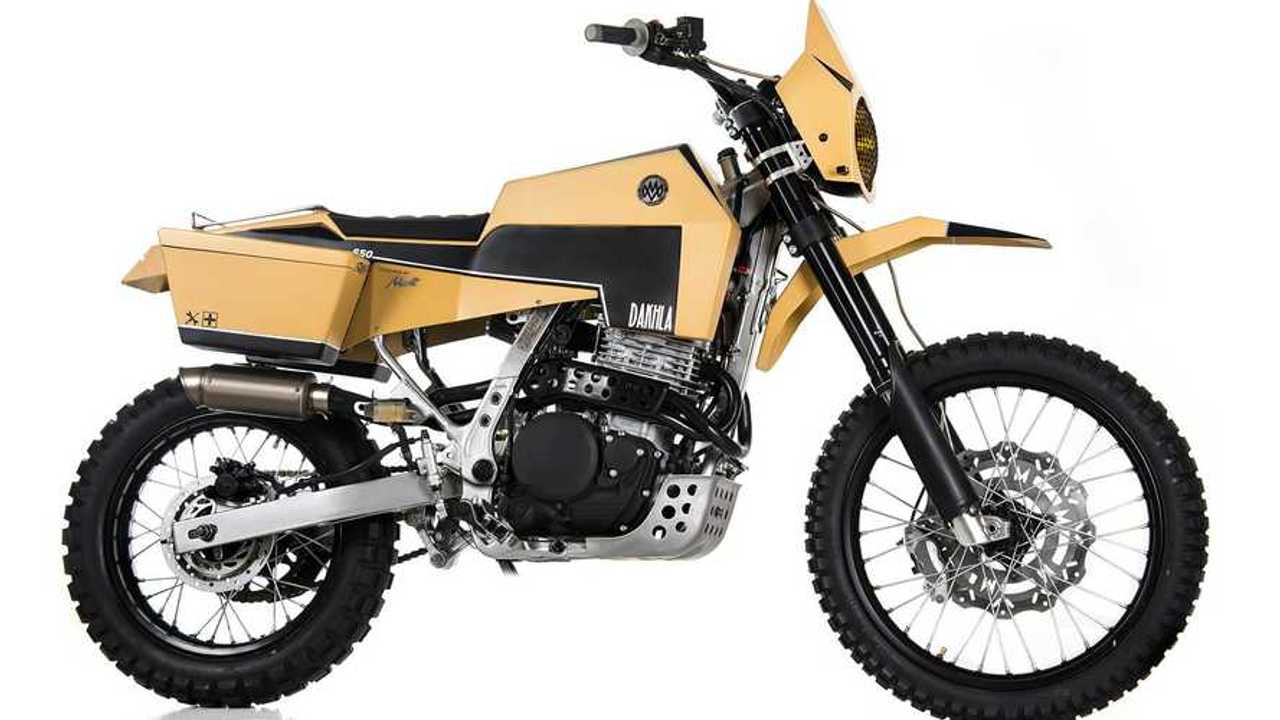 The "Dakhla" by Matteucci Garage looks like someone built a Honda NX650 in Minecraft, and it works.

Honda intended the NX650 Dominator to be a softer version of Kawasaki's KLR 650, in several ways. For one, its styling was smoother, rounder, and more aesthetically pleasing than the chunky first-generation KLR. While its single-cylinder 650cc engine was practically the same as the KLR's on paper, the bike's suspension and brakes, while perfectly adequate for road use, didn't measure up in the rough stuff. The Dominator failed to live up to its name and was a rare miss for Honda. They pulled it from American showrooms just one year after its 1988 release. It remained available elsewhere in the world until 2003.

Italian customizers are generally known for their smooth, swoopy designs, and Matteucci Garage is no exception. In this case, though, Marco Matteucci went in completely the opposite direction. On such a utilitarian bike intended for both the desert and the urban jungle, Matteucci decided that hard creases and cuts were the appropriate design, and it works well here. The Morocco desert inspired the sandy color, as well as the bike's name, Dakhla, after Morocco's pre-desert region.

Bike Of The Week: Outsiders NX650

This is Matteucci's first all-aluminum build. The main body looks like it's been carved out of a single block. That's not a bad thing—all the sharp angles and lines just work. Even the hard bags are custom-built, not off-the-shelf pieces that would have worked just fine. The sharp angles of the front fender and the fairing also work well, both for the style of this bike as well as to reflect its 1980s origins.

Matteucci didn't ignore the running gear, either. The front suspension has been replaced by inverted Marzocchi forks. Beringer brakes replace the stock units with custom discs front and rear, a major upgrade from the bike's original rear drum. The engine has also been reworked with a high compression piston and other upgrades, including a 2-into-1 exhaust, that increase its original 44hp to around 50. While not a huge power boost, it's proportionally significant and gives the Dakhla a bit more get-up-and-go than the original Dominator.

In the movie Crazy People, Dudley Moore plays Emory Leeson, an advertising executive who comes up with some crazy but highly effective advertisements. One of them is for Volvo: "They're boxy but they're good." The same is true of the Dakhla, despite throwing caution to the wind and going with a completely non-traditional design than other NX650 treatments. In this case, it works and works well.