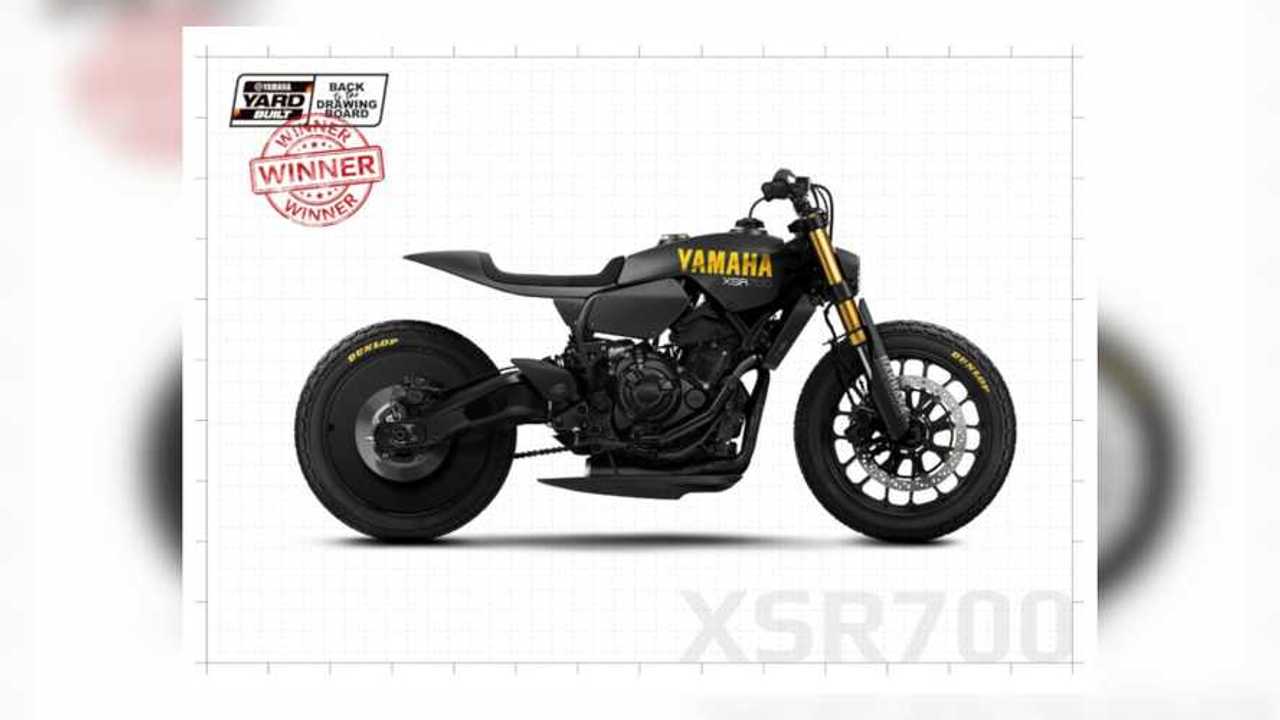 The Yamaha Yard Built 2020 theme of “Back To The Drawing Board” attracted plenty of entries, but ultimately, there could be only one winner. Indeed, the XSR 700 “Disruptive”, created by Barbara Motorcycle, looks just sharp enough to take your head off in a single stroke. It’s inspired by 1970s-era Yamaha flat trackers, but it looks far deadlier.

You Down With YYB:

It’s all shadows and brooding, Gotham-esque lines on Disruptive, with only the bright yellow Dunlop and Yamaha logos and the shimmering golden front forks breaking up that post-apocalyptic posturing. It looks light, strong, dark, and deadly, like a carbon-fiber arrow silently speeding your way. Even the rear wheel is a solid black disc, ready to slice through the air with a quickness. It also gives an impression of a motion that’s just slightly too fast for your eyes to see, even as it stands still.

It’s not clear from this drawing where the taillight is, but in my mind’s eye, I expect that it’s a thin, bright LED strip across the back edge of the tailpiece. If it’s sufficiently bright and also features integrated turn signals, it would be a fantastic bookend to what is most probably a nice, bright LED headlight up front.

Of course, the coolest thing about Yamaha Yard Built contest winners is that they get built, and have the chance to exist as something more than just cool designs. Now Parisian workshop Bad Winners will bring the Disruptive XSR 700 to life, with a deadline of the 2020 annual Wheels and Waves show in Biarritz in June.

There, the real-life Disruptive build will share the Yamaha Yard Built stage with seven other YYB contest winners from countries across Europe. It will be interesting to see the differences and similarities between the initial design and what eventually rolls out of the Bad Winners workshop.