A Slice Of Motorcycle History: 1951 Vincent Black Shadow For Sale 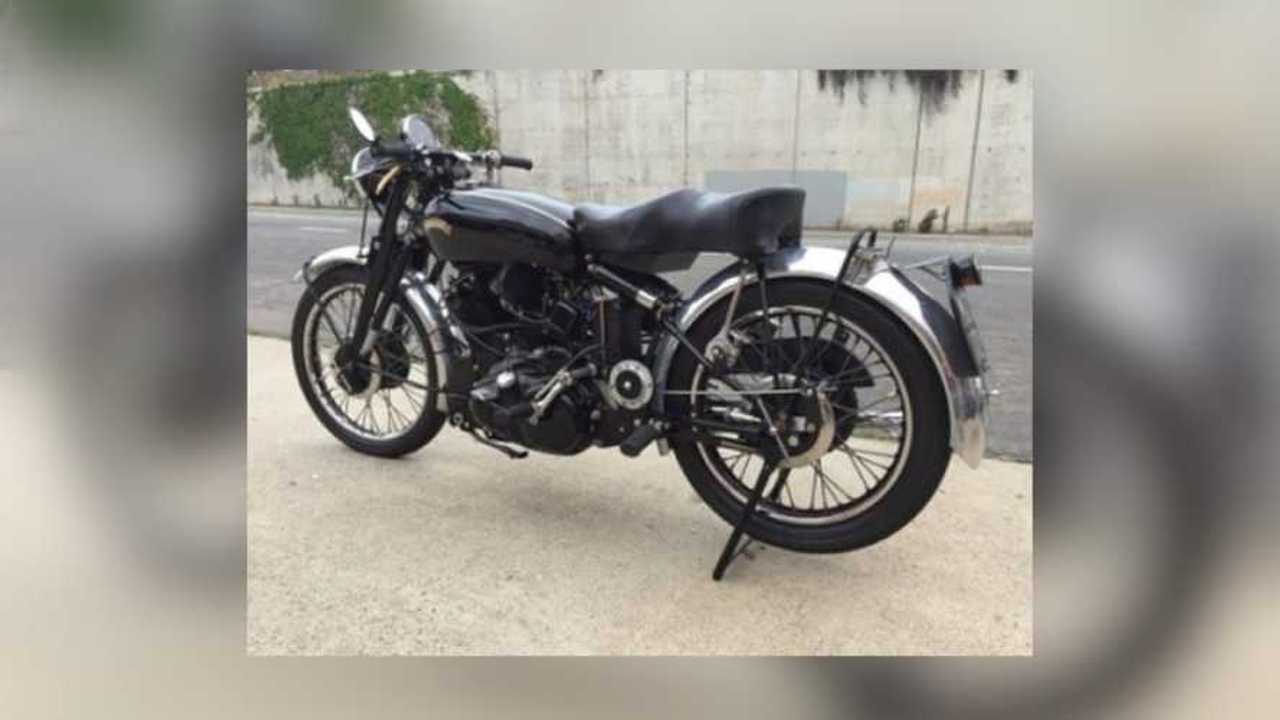 A classic bike that was way ahead of its time.

The Vincent Black Shadow was a motorcycle that was well ahead of its time. With performance figures that are considered fast even to this day, it was created in response to elite customers longing for more power and speed out of motorcycles at the time. Designed by cloning the 499cc engine found in the Vincent Comet and sticking the two together, a 998cc 50 degree V-twin was born. Introduced in 1949, the Black Shadow came as a total novel concept in terms of design. In contrast to the chrome-clad, brightly colored and polished bikes of the era, the Vincent Black Shadow sported hardly any chrome pieces and flashy bits and bobs. Opting rather, for an all-black motif, the Black Shadow was more than deserving of its name.

Used Bike Of The Week: A Classic Norton 850 Commando Roadster
⠀

Beneath its skin, the Vincent Black Shadow had very unconventional chassis architecture. Lacking the downtubes and engine cradle accustomed to motorcycles of the time, it used the 998cc V-twin as a stressed member, massively reducing weight and improving chassis rigidity. Further detracting from common motorcycle design of the fifties, the black shadow had a cantilever rear suspension system. Working similarly to swing arm setups, the cantilever system gave the frame the look of a rigid frame, whilst providing the comfort and riding dynamic of the conventional swing arm setup.

The Vincent Black Shadow was propelled by a 998cc, 50 degree V-twin producing 55 horsepower. A figure that was significantly greater than most other bikes of the time. It allowed the bike to reach a top speed of 125 miles per hour by way of a four-speed transmission. Stopping power was adequately provided by a twin drum brake system mounted to the front wheel--much like the dual disc brake setups of modern motorcycles.

This particular Vincent Black Shadow is a 1951 model and is located in Nevada. The seller claims it to be in good running condition with all mechanical components in good working condition. Although not one hundred percent original, the motorcycle comes with a few upgraded parts that allow it to remain usable in today’s environment. The bike had been kept in storage for five years due to the seller sustaining an injury rendering him unable to ride the bike. However, he claims that the bike received a service prior to it being listed for sale. Being in the current owner’s possession for the past fourteen years, this Vincent Black Shadow had originally come from England and was restored in the eighties.

This 1951 Vincent Black Shadow is listed for sale at $ 19,699, and will surely make for a notable piece in any classic motorcycle collector's stable. For more information on this bike, visit the listing here.