Sturgis Fairgrounds Could Be Turned Into Housing Subdivision 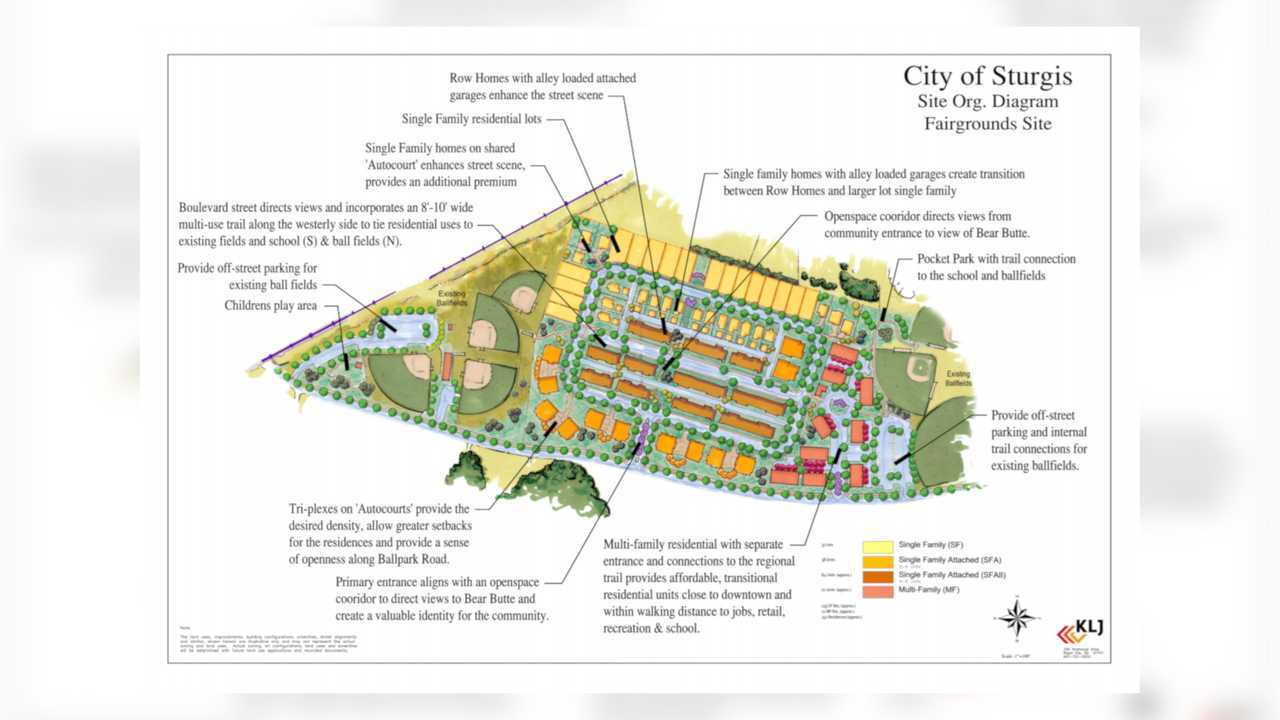 The city of Sturgis, South Dakota calls itself the City of Riders. It’s a city that’s growing, and one that’s trying to encourage new residents to come live there all year round—not just ride through for a week every August. To do that, it needs housing for new residents, and for that reason, the city has been percolating a few different land development ideas. One of them involves turning the Sturgis Fairgrounds into a new, affordable housing subdivision.

To be clear, the Sturgis city government doesn’t want to get rid of the racetrack, or the rodeo grounds. Instead, it wants to relocate them to another land parcel, further away from the center of town. The baseball and softball diamonds and associated facilities currently located on the Sturgis Fairgrounds would stay exactly where they are, and perhaps even be improved somewhere along the way.

The proposed housing development would consist of both single and multi-family homes, both in the form of detached housing and townhomes. It would result in around 100 homes being built on an approximately 22 acre parcel of land currently owned by the city. As the Black Hills Pioneer notes, although the Fairgrounds sees heavy use during the Sturgis Motorcycle Rally, as well as the local high school’s rodeo event and an occasional demolition derby, it mostly sits unused for the rest of the year.

The city drew up a Comprehensive Land Use Planning document in September 2014, which includes a handful of proposed plans for what it calls the School Parcel of land. All these plans involve construction of a motorsports facility, with plenty of parking for attendees, set different distances away from residential areas. This area of land is absolutely huge, around 460 acres—although only around 135 acres can be developed for projects such as that motorsports facility because of floodplain issues. There are also county 4H and National Guard facilities currently on this land, which would not move.

It may take as long as five or six years for the Sturgis Fairgrounds property to be fully developed, according to BHP—and there’s no word yet on a corresponding timeline for moving the racetrack.