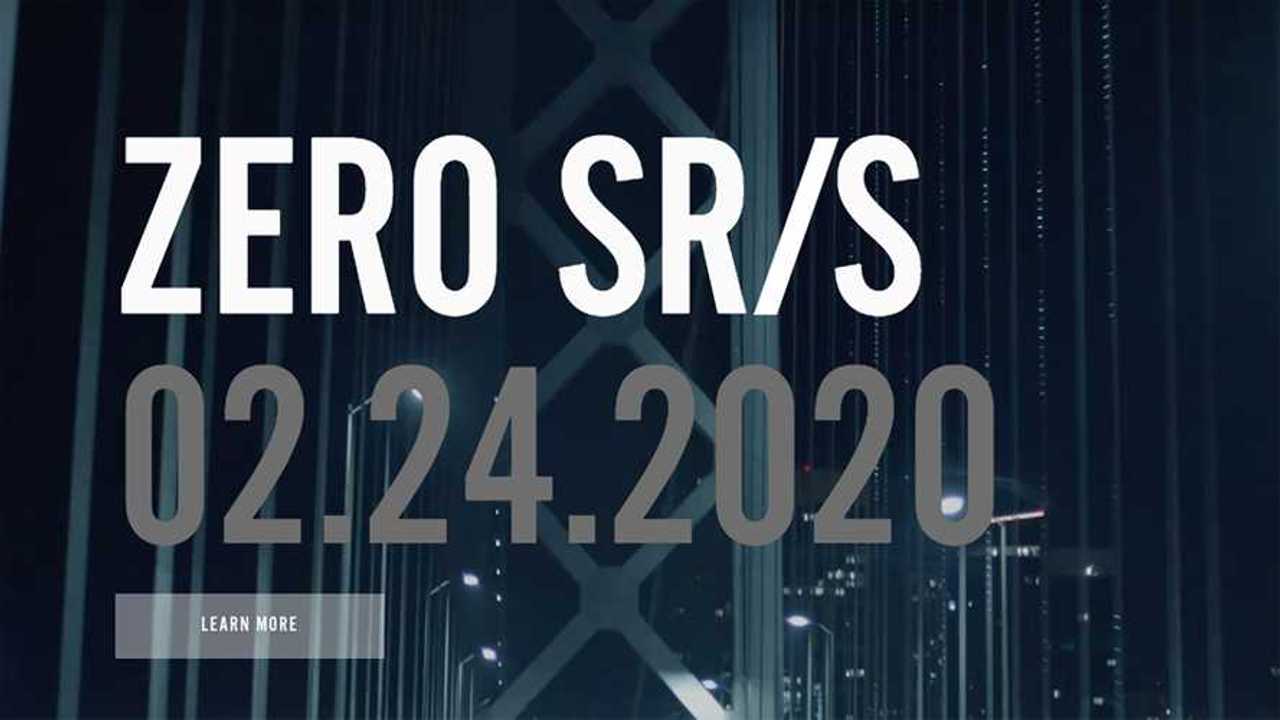 At around the same time last year, Zero Motorcycles piqued our interest by teasing its first performance-oriented model, the SR/F. The model then officially launched on February 25, 2019, setting new performance and design milestones for the American manufacturer. The SR/F became the company’s most powerful model yet and as we got to experience for ourselves, Zero wasn't kidding. 2020 will mark the introduction of a new SR, and this time, it’s an S.

Zero Is Going On An Adventure:

True to form, without any big announcement or social media post to get people talking, Zero Motorcycles updated its website with a new header, hinting at the introduction of the new Zero SR/S on February 24, 2020. What is the SR/S? We have no idea. That’s it, that’s all we have to work with: a date. Frankly, I’m not surprised—the company did the same thing with the SR/F last year, so expect to see more teasers in the upcoming weeks.

So this means it’s time to play my favorite game: let’s speculate! Actually, we do have a tiny clue of what the SR/S might bring to the table. In September 2019, our colleagues over at Asphalt & Rubber mentioned that one of their readers had spotted what looked like an SR/F in full fairing near the Zero Motorcycles HQ.

Considering the SR/S uses the same naming structure as the SR/F, we can suppose that the two models will be closely related in terms of platform and powertrain. I personally don’t think we need a more powerful engine from Zero. The company has a good thing going on on that front.

What I think the Santa Cruz team needs to improve on is its charging hardware—the bikes aren't compatible with DC fast chargers at the moment. That’s fine if all you want to do is zip around town but if the company wants people to seriously consider a Zero as their main ride and not as a second or third set of wheels, it needs to up its charging game.

Looking at the Bothan spies picture, the bike the reader spotted not only has a fairing but is also equipped with a set of sidecases. I mean, there’s a luggage kit available on the SR/F, so that's not exactly breaking news. However, what I hope this means is that the company is considering a more touring-friendly model. If that’s the case, then it’s not farfetched to suggest that a new fast-charger option could be in the cards—it simply would not make sense to introduce a tourer that takes two hours to charge for every hour of riding.

So that’s my wild guess about the new SR/S. We’ll find out more about the new model before February 24 I'm sure. Until then, what do you think is cooking in the Zero kitchen?