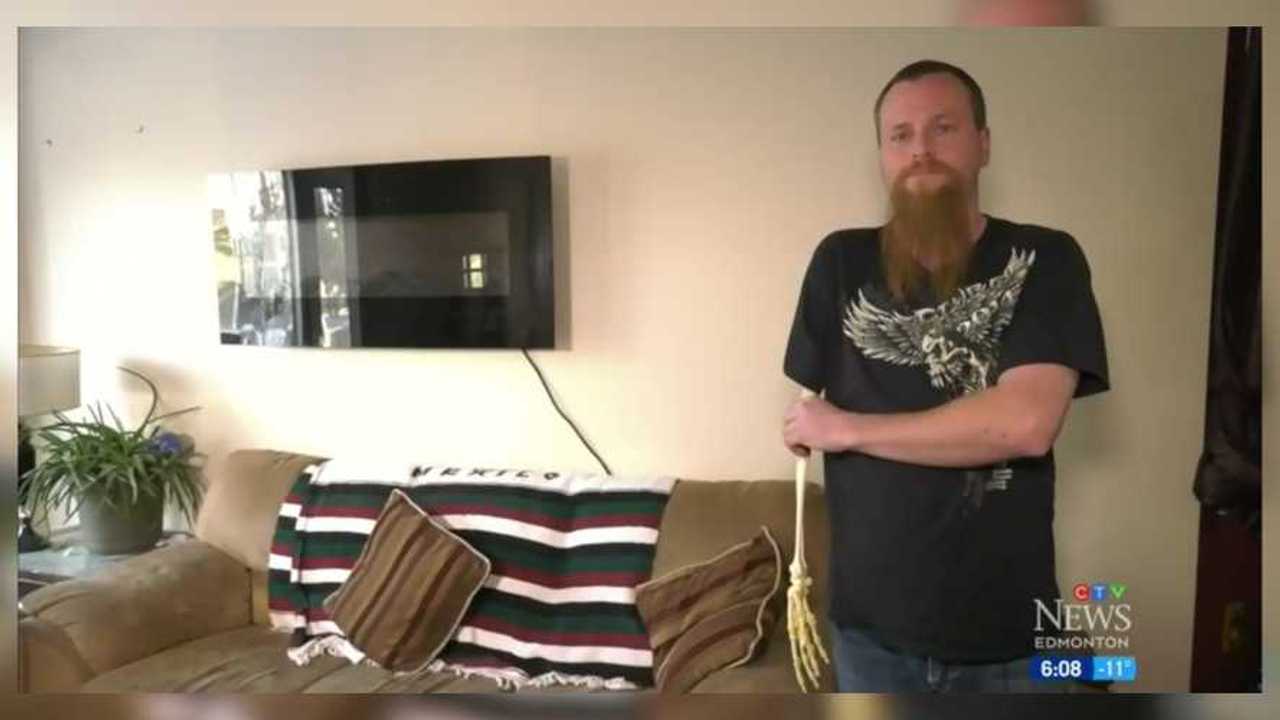 He had it taxidermied.

No one wants to spend a lot of time thinking about serious motorcycle crashes, but they do unfortunately happen. When you’re the one who crashed, and you recover, what do you do with what you went through? If you’re Edmonton rider Mark Holmgren, your choice to have your amputated arm taxidermied so you can keep it forever is a pretty unique reaction.

The More You Know:

When Is It Safe To Move A Crashed Rider?
⠀

Holmgren was 17 when he had a bad crash on his brother’s motorcycle. “I was just driving too fast, turned the corner and I wiped out. I tore the nerves in my shoulder. It was a brachial plexus injury and from that day I could never use it. Couldn’t move it, couldn’t feel it,” he told CTV News.

Fast-forward to 2019—a full 20 years after Holmgren’s accident. By this point, he’d been carrying around a right arm that hadn’t improved in two decades. Like a lot of people would, he hoped that medical technology might advance quickly enough that something could be done to fix it. Since that didn’t happen, he made the decision to amputate it.

Holmgren lives in Edmonton, Alberta, and spoke to doctors at the University of Alberta Hospital about removal. Since he’d had such a long time to think about it, he decided to ask if he could keep the arm after they removed it—and the hospital agreed that he could.

That wasn’t the end of Holmgren’s plan, though. He wanted to see if any taxidermists around would be willing to process his arm so he could keep it forever. At first, he kept the arm in his freezer while he contacted specialists until he found one who would help him. Some wanted nothing to do with it—but Legends Taxidermy agreed. Once Holmgren explained and was able to demonstrate that it was his arm and not just some other random human’s, the shop took it in for processing.

Legends cleaned the bones up, put them back together, and got the arm back to Holmgren just in time for Christmas. The shop, for its part, posted a gallery of the completed skeleton arm to its Facebook. As for Holmgren, he says he’ll probably just hang it up as a display piece once he’s done showing it off. I mean, what would you do? Everyone copes with changes like this in different ways, from turning scars into gorgeous tattoos, all the way to arm taxidermy. If you’ve dealt with an injury, and you feel comfortable sharing, what did you do to cope?

Sources: CTV, CBC, As It Happens