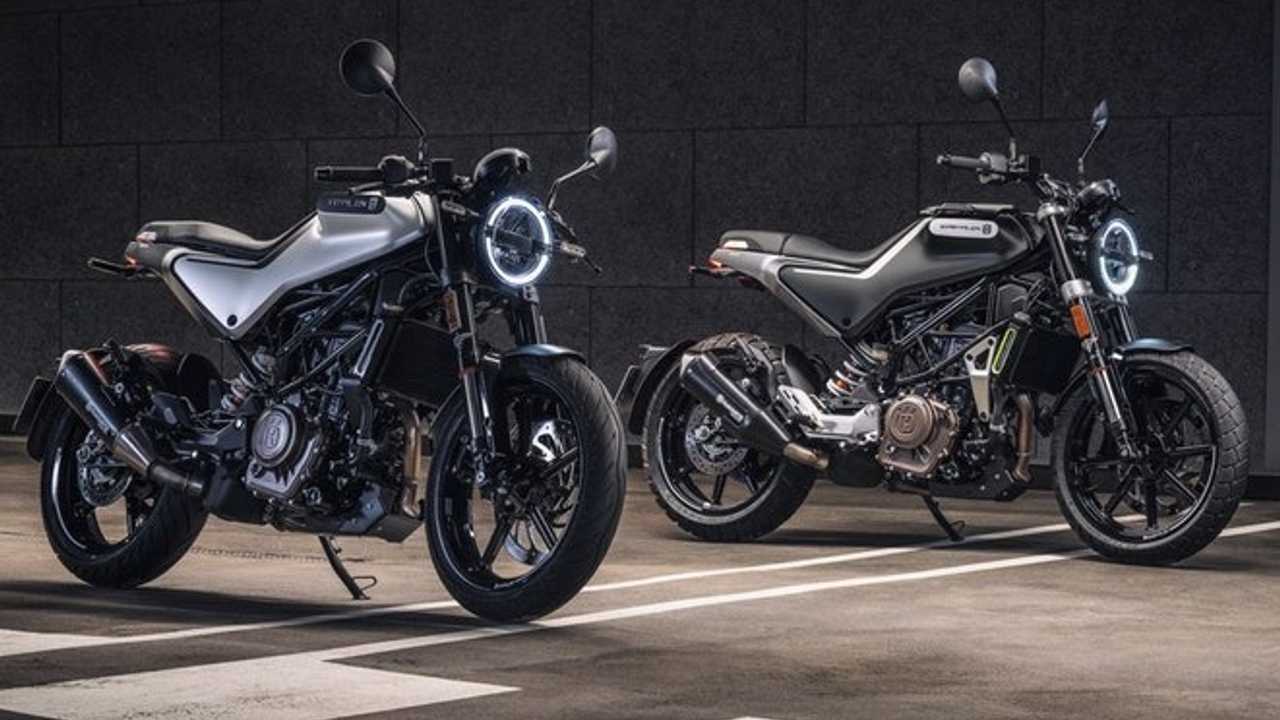 For most of us, the name Husqvarna rhymes with off-road. In recent years, however, the manufacturer started turning things around and fluffing up its selection of road-oriented models. It started with the introduction of the Vitpilen and Svartpilen 401 in 2016, followed by their 701versions in 2018. In 2020, the company will follow up with the addition of its first adventure motorcycle, the Norden 901. We now learn that close to a dozen new street models will be added to the lineup. Looks like Husqvarna's on a roll!

In a presentation document prepared by Pierer Mobility Group—KTM and Husqvarna’s parent company—we get a sneak peek at both brands’ plans for the future. Husqvarna’s product portfolio’s “Street & E-Mobility” section shows no less than nine new models we have yet to meet.

Three of the upcoming models are listed as “501”. Husqvarna already offers the FE 501 enduro bike armed with a 510cc single. Is the plan to bring the half-liter single over to the street side?  Or maybe instead the plan could be to borrow KTM’s suspected 490 twin and give it Husqvarna’s “Oh-One” twist.

Husqvarna also lists a series of small-displacement 125, 250, and 401 models in the Supermoto, Explorer, and Naked categories. That 401s could potentially be based on the same engine as the entry-level Svartpilen and Vitpilen. After all, KTM recently launched the 390 Adventure so a “Norden” 401 isn’t that big a stretch. As for the 125 and 250, they could be part of the company’s strategy for the Asian market. The Husqvarna Vitpilen and Svartpilen 250 launched in India in mid-December so there could be a plan to broaden the small-bike selection. Plus, who's to say that the smaller road models won’t eventually make their way here, though.

There’s also a Classic column which is probably the most unexpected path for the brand. According to the document, the company is planning to develop four neo-retro models. Contrarily to the other sections, the future Classic models don’t get displacement numbers At least not yet.

The model at the very top of the column reminds me a bit of the Royal Enfield Himalayan silhouette while the third one could possibly be the production version of the Vitpilen Aero concept unveiled in 2018 (if the blue is an indication).

Notice that the Norden 901 is conspicuously absent from the family picture. The document was used during an investors’ presentation seemingly hosted in November 2019. The announcement about Husqvarna moving ahead with the Norden came in early December 2019. Weird you say?

There's no timeline for the expansion of the lineup but the manufacturer looks ready to hit the street bike market pretty aggressively. Considering how cool the Vitpilen and the Svartpilen are, I think it’s excellent news. I don’t know for you but I’m ready to see what the Swedes come up with next.