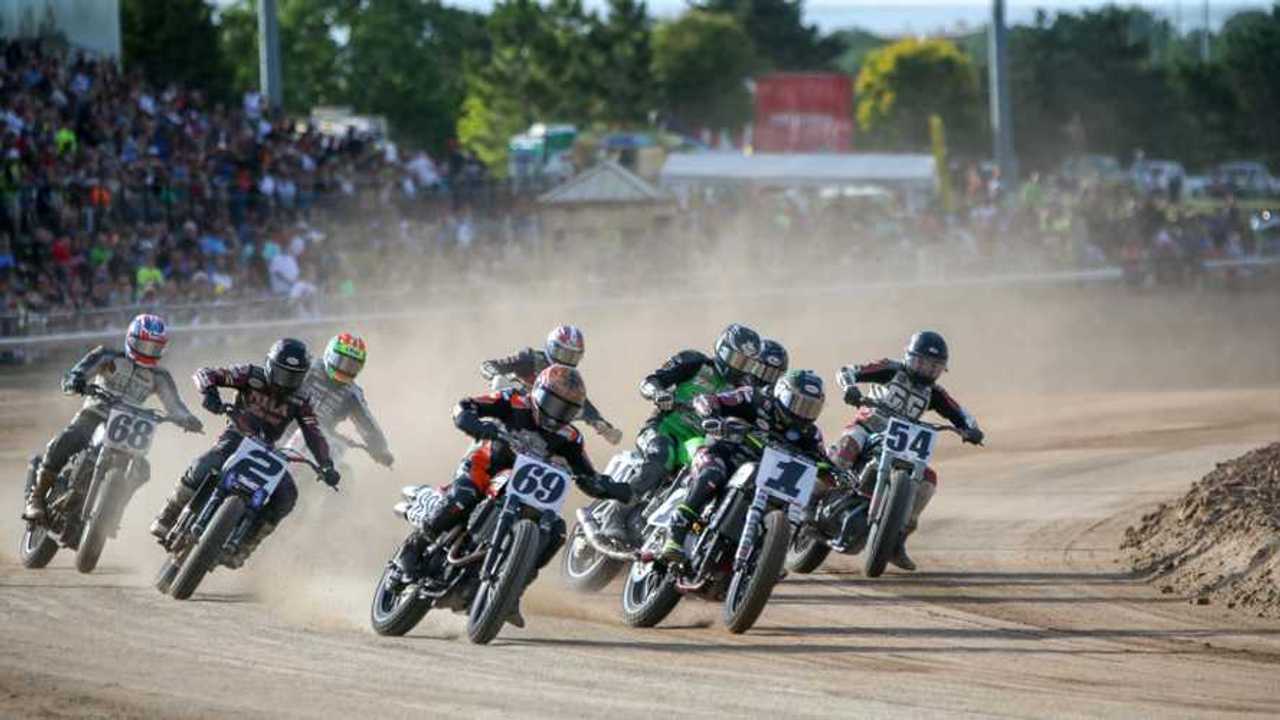 Flat track racing has had a resurgence in recent years. The AMA’s American Flat Track series has blossomed since its 2016 rebranding and is seeing bigger crowds, bigger TV audiences, and bigger grids than ever before. Part of the reason it’s become so popular is probably due to the sheer ludicrousness of the sport. It’s thrilling, close-quarters racing dominated by maniacs who bash handlebars, sideways, in the dirt, without front brakes.

Now, Dunlop is coming to the party with an all-new set of hoops specifically designed for American Flat Track racing while at the same time renewing its deal to be the sole supplier to the series. In a recent press release, the company claimed that the DT4 is its first new flat-track tire in 40 years. The tire has a new tread design and a new structure designed to increase durability and consistency. Riders will be able to run the DT4 without tubes.

Dunlop’s outgoing DT3 is currently available in three compounds, and the company says the DT4 will be offered in the same trio in order for riders to tune from track to track. Like the DT3, the new tire is the spec tire that will be used in all three tiers of AFT.

Multiple champion Jared Mees was among a handful of riders who were able to sample the tires in preseason testing and gave it positive feedback. “I liked what I felt…they felt good, really consistent,” said the Indian rider.

The top tier AFT Twins is for custom-framed, twin-cylinder motorcycles up to 900cc such as the Harley-Davidson XR750 and Indian Scout FTR750. The AFT Singles class is for production-based, single-cylinder motorcycles up to 450cc like the Honda CRF450R, while the AFT Production Twins class is made up of twin-cylinder production-based bikes of between 650 and 800cc with Kawasaki Ninja 650 and Yamaha MT-O7-based bikes making up the majority of the grid.