Not the type of adventure anyone had in mind.

Bushfires have raged through several Australian states since early-September this year. The blazes have claimed 2.5 million acres, 400 structures, and 6 lives thus far and Australia’s fire season historically lasts until March. With more wildfires breaking out across the country, residents of Caparra, New South Wales, fled their homes on November 8, 2019. One such resident, Ben Hannan, escaped on his Honda Africa Twin as the flames engulfed the landscape and recorded the harrowing experience with a GoPro camera.

Riders To The Rescue: 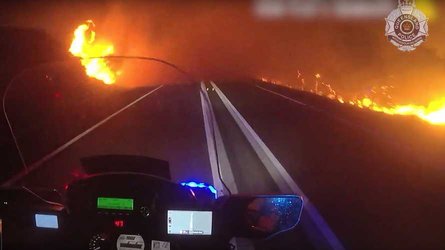 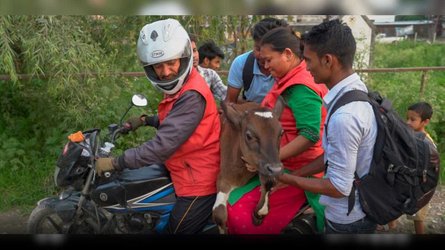 This Man Rescues Stray Cattle On His Motorbike

Once Hannan reached safety, he uploaded the video to Facebook and the footage promptly went viral, attracting coverage from 7News Sydney and Ireland-based social media company Storyful. While Hannan’s commentary included colorful takes like, “flaming tree nearly hit me,” most of the dialogue addressed the sobering reality of the situation. At one point, Hannan admitted that he, “lost everything.” Later in the video, he pointed toward a hill and proclaimed, “my house is up there...used to be.”

In an interview with Storyful, Hannan stated that his mother drove ahead of him, escaping the blaze with 3 of their cats. His mother’s car, his adventure bike, and the cats were all they could save from the “massive wall” of flames.

“I’d moved home six years ago after dad died so mum didn’t have to leave our home,” Hannan said. “Two days after all 130 acres, two homes and 90 percent of our animals burned was the anniversary of his death. It’s not home anymore. We’ve nothing to go back to but ash.”

At the end of the five-minute video, Hannan stopped to help a fellow motorist by moving two felled trees from the narrow fire road. While Hannan lost everything in the fire, it’s comforting to see that his sense of community is still intact.

One of Ben’s friends recently set up a GoFundMe page to help raise recovery funds for the Hannans. Thus far, the fundraising campaign has nearly reached $5,000 AUD.