Efesto Turns The Panigale Into A Hybrid That Pushes 300 HP 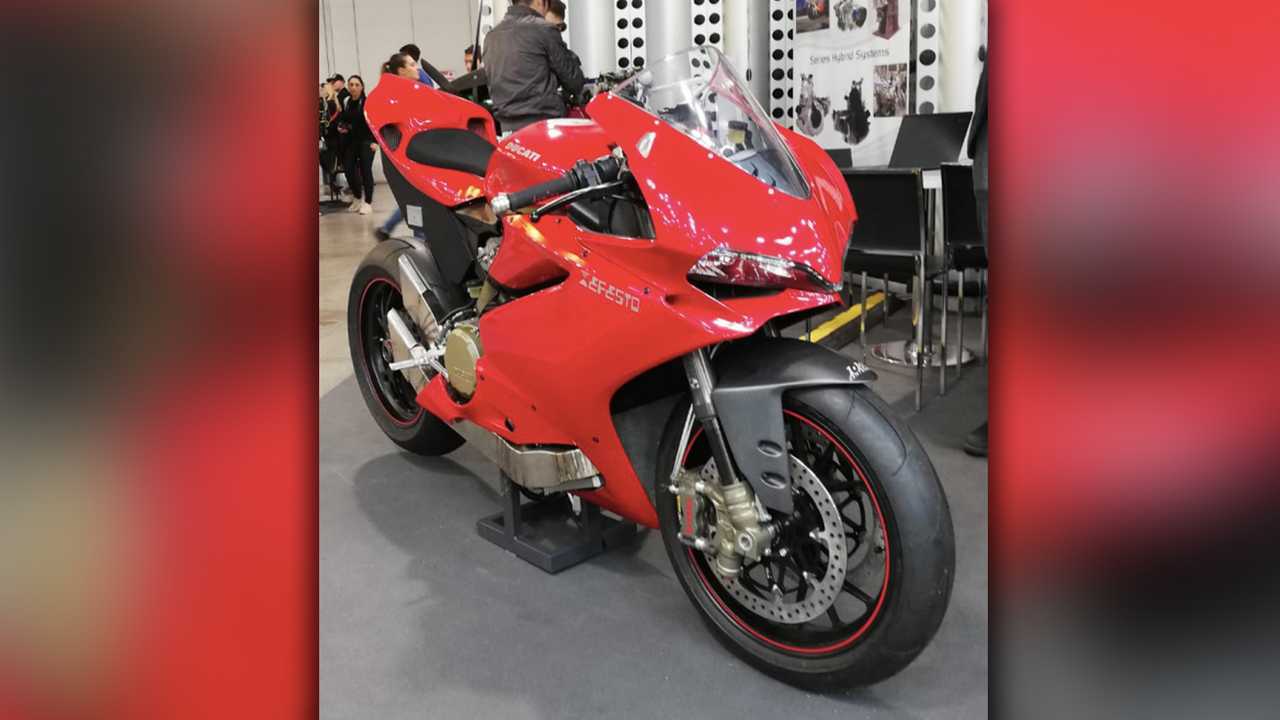 It’s hard to improve a machine such as the Ducati Panigale 1299 (some might comment about improving reliability but this isn’t what this is about). The 1299 S was rated at 205 horsepower and 106 lb-ft of torque—already really good figures to begin with. For French-Italian firm Efesto, more could be done with the Pani, including making it more environmentally friendly. For some reason.

Already last year, Efesto showed the early prototypes of its hybrid motorcycle design based on the Panigale 1299. For 2019, the company came back with a few innovations and the 200Novantanove hybrid conversion kit that’s pretty much ready to go.

Efesto Managing Director Luca Morfino explains that electric bikes are still too limited in terms of range and too heavy. His solution is to instead add an electric motor to an existing gasoline powertrain and combine the work of the two to help reduce emissions and increase the output without dramatically increasing the weight. According to Morfino’s explanations, the two engines can work separately or in parallel. Using a rotary selector, you can choose between the two. For example, navigating rush hour traffic can be done using only the electric motor which saves on gas while highway cruising can combine the two engines’ efforts.

The company hasn’t started testing the bike just yet so there’s no confirmation when the kit will be available for purchase. Once it is, Morfino confirmed that the kit will only be offered on the Panigale 959, 1199, and 1299 to begin with, so only the L-twins. There’s no say whether the company will expand the selection. Would you turn your Panigale into a hybrid?