The Ultraviolette F77 Unveiled And It’s A Smokeshow

Woah there, India. We see you.

Note: Sorry for the confusion about the torque number guys, I should have been more specific about motor/wheel output. Also, the Zero's "140 lb-ft of torque at the back wheel" was clearly an editing mistake meant to be associated with the F77, my bad and thanks to the readers who pointed it out.—SG

When I think about motorcycles made in India, I don’t know for you, but I usually picture small-displacement bikes with relatively standard silhouettes (unless you’re Royal Enfield or Jawa). Think Bajaj—bikes that bank on practicality and on versatility rather than on performance and looks. Considering Indian riders use their motorcycles and mopeds like cars, the priorities are not the same. That doesn’t mean that there aren’t performance Indian motorcycles out there. Ultraviolette is making sure that everyone knows that Indian bikes can not only look good; they can also be a lot of fun. 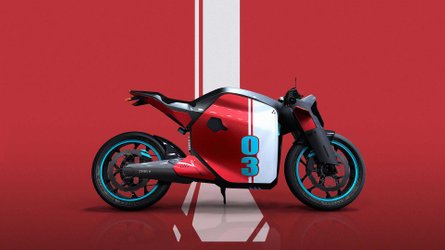 Bangalore-based manufacturer Ultraviolette Automotive has finally unveiled its first vehicle: the all-electric F77. The company has been teasing what it claims to be India’s first performance electric bike for a few months now. The production-ready model has now shown its face.

Most of the F77’s numbers and power figures are pretty standard “electric bike” stuff and slightly less enticing than the ones the company was trying to build hype over. The electric range is rated between 80 and 90 miles. The electric powertrain produces 33 horsepower, which allows it to do the 0-to-62 (0 to 100 km/h) in 7.2 seconds and reach a top speed of 91 mph. Charging times vary between 5 hours with a regular outlet and 1.5 hours for a full charge. Not all that impressive—we’ve been spoiled by the likes of Energica and Zero in terms of range and speed.

We’re genuinely curious how well it will do and whether there will be a market for it outside of India. The numbers might not stand out but its look definitely does.