This Is Where Harley Owners Go For A Joyride 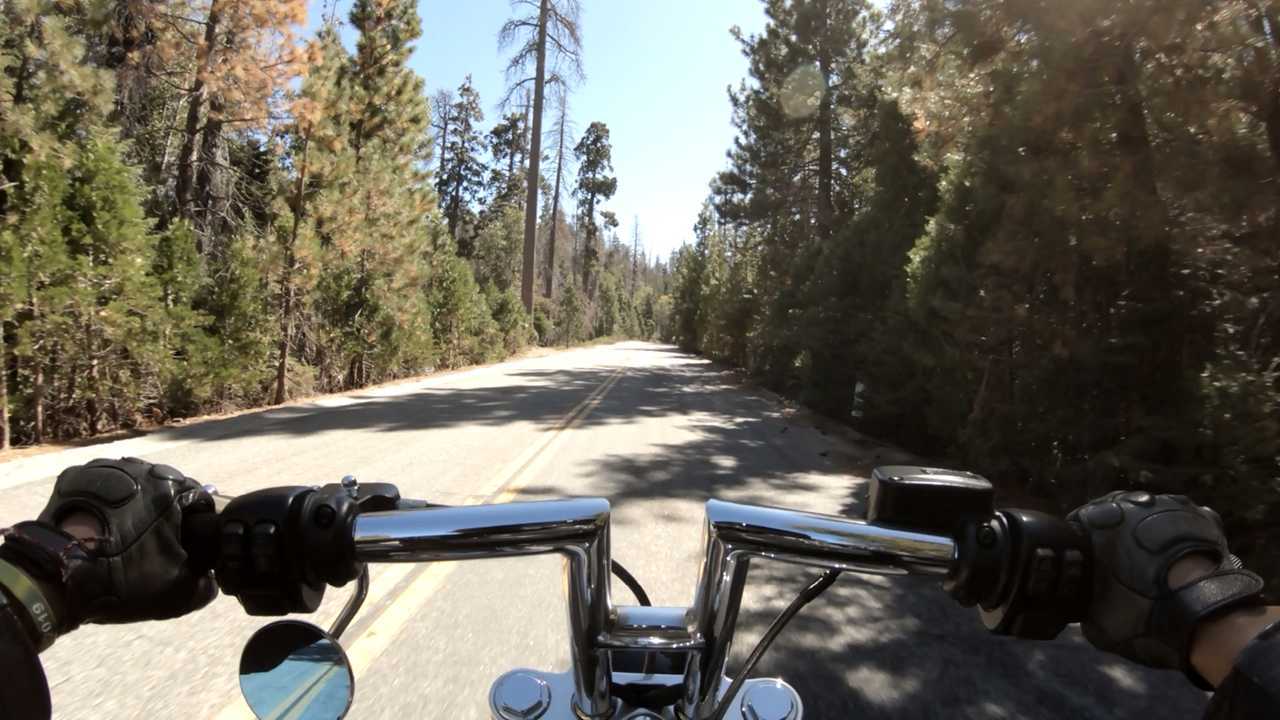 The Sequoia National Forest is located at the southern edge of the Sierra Nevada mountains and is home to the Giant Sequoia. Less than 35 miles away from Frandy Park Campground in Kernville, California, the Trail of a Hundred Giants features a half-mile path through groves of mature sequoia trees. Waking from a restless slumber due to revving engines and uproarious campers at the Kernville Kampout, the solitude of Sequoia National Forest’s mountain roads sounded like a safe haven.

On The Road Again:

Nestled between Interstate 395 and Highway 99, Kernville offers a variety of great riding for all motorcyclists. From CA-99, Highway 178 heads east to Kernville through a maze of hairpin turns and giant sweepers. From I-395, CA-178 takes you west to the hillside curves along the shore of Lake Isabella. Both routes are freshly paved and offer access to local sights like the Remington Hot Springs, but we wanted to head north—away from the crowds.

Once my girlfriend and I set out from camp on my Harley Softail, the road was ours. There were no vehicles ahead impeding our progress and no one prodding us on from behind. After riding a lot of highway miles the day before, I wanted to take the twisties with speed but the condition of these mountain roads was anything but optimal. Potholes plagued a lot of the corner apexes and loose gravel reduced the bike’s already limited lean angle.

With my girlfriend on the back safety top of mind, I reduced my speed as we climbed the ascending roads. While the slower pace wasn’t my original idea, it allowed us to take in the scenery and appreciate the nature that surrounded us. Soon, the air cooled down, the tree trunks became redder, and the pine needles turned greener. We had arrived at the Trail of a Hundred Giants.

Gallery: Sequoia National Forest: The Trail of a Hundred Giants

There’s nothing more humbling than standing at the foot of a 2,000-year-old tree. No matter how fast you can corner or how many miles you’ve crushed, you can’t help but feel small compared to the Giant Sequoia. After we walked the trunks of the felled trees and examined their exposed root system, it was time to head back to camp.

On our way down the mountain, the road wasn’t any better, so I pulled in the clutch and we freewheeled down the majority of the pass. Along with the benefits of saving petrol and controlling the speed, the absence of the v-twin rumble enabled us to soak up the silence of the forest. Other than the faint whine of the ABS when I engaged the brakes, our descent was accompanied by silence and powered by the downhill gradient.

Though speed is coveted in our sport, there’s something rejuvenating about taking it slow. After the first night of the Kernville Kampout, that slower pace and solitude energized us enough to return to camp.

Once we arrived back at Frandy Park, the bike show was underway. The typical mix of Panheads/Shovelheads choppers and Evo/Twin-Cam club-style bikes filled out the pool of contestants. Soon, the tug of war contest and the live concert would begin but the best part of my day already passed. Maybe next year I’ll skip the festivities and enjoy more of the riding that Kernville offers.