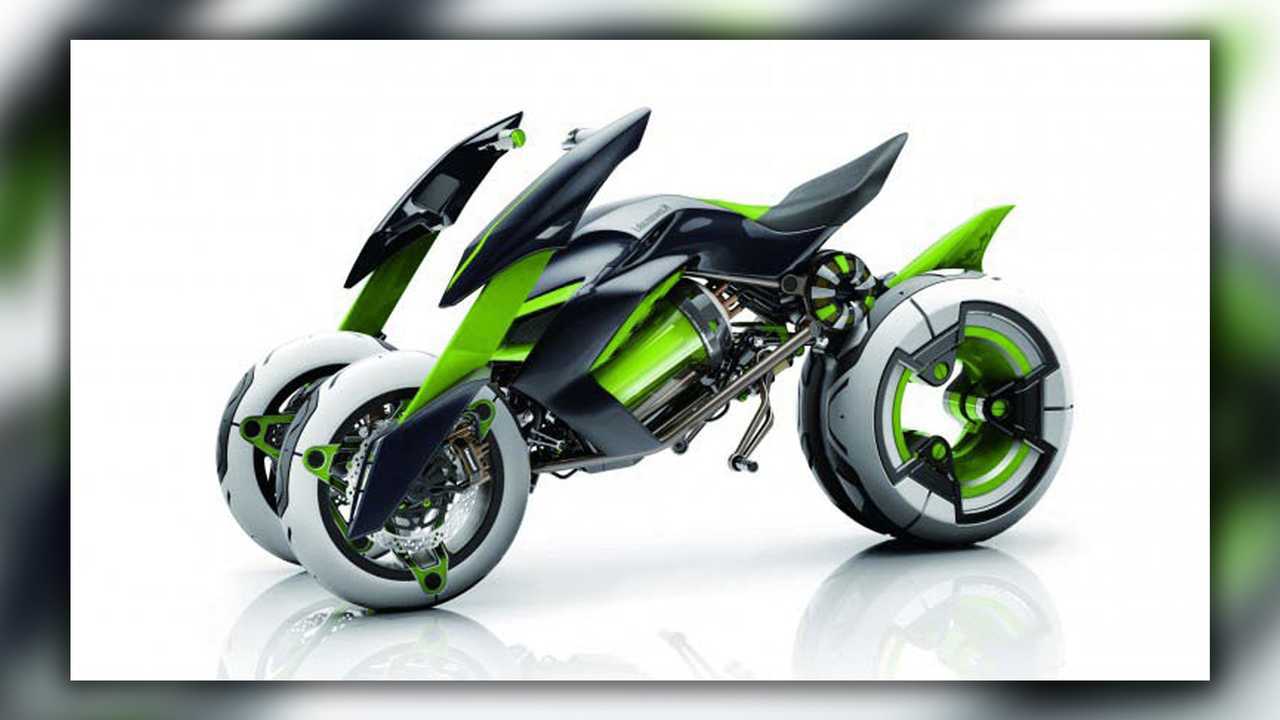 When does a motorcycle stop being a motorcycle? The debate has been an on-going one for a while now, especially with the introduction of an increasing number of three-wheel models. The actual definition of a motorcycle involves two wheels, an engine, but no pedals. Yet, we’ve come to include leaning three-wheel vehicles in a broader definition of motorcycles—but definitely not the Can-Am Spyder! Now, Kawasaki talks of adding a fourth wheel into the mix. Is the Geen Team trying to one-up Yamaha and its Niken or does it actually believe in the utility of a four-wheel bike? Either way, we’re confused.

In an interview with Italian publication Motociclismo, Marketing and Sales Director Sergio Vicarelli and Technical Director for Kawasaki Italy Giovanni Poli confirmed they have a “four-wheel project in the works.” Kawasaki is no stranger to quads, but if this is what it was, I don’t believe it would have been relevant to mention it in an interview discussing motorcycles, right? A Kawasaki quad wouldn’t be any big news, however, a four-wheel motorcycle would be.

Not only that but the two gentlemen even confirmed that “the project” was coming to the market in the near future. They didn’t expand any further on the matter (understandably so) so many questions remain, the first one being: why?

Kawasaki has toyed with the idea of a 2+-wheel motorcycle, notably with the introduction of the Concept J prototype which surfaced for the first time in 2013, at the Tokyo Motor Show. Patents filed in 2018 also point to the development of a wheel-tilting system, not unlike Yamaha’s.

Either Kawasaki strongly believes in the purpose of the fourth wheel or it’s letting its engineers flex by creating a leaning four-wheel bike, like Yamaha did with the Niken. A sort of “we do it because we can”. We’ve discussed that very scientific tests done by a racer have seemingly given some truth to Yamaha’s statement that the Niken’s third wheel adds more grip and stability. So a fourth, I guess, adds even more? Is there such a thing as too much grip? Or too many wheels?

At this point, they could also add a frame around the rider. Oh, and maybe a sort of belt contraption that secures the riders to his seat. And why not bags that fill up with air when a crash is detected? Oh, wait...

So we now have four wheels in the works. What about five? Does anybody want to try five? Honda? Suzuki?