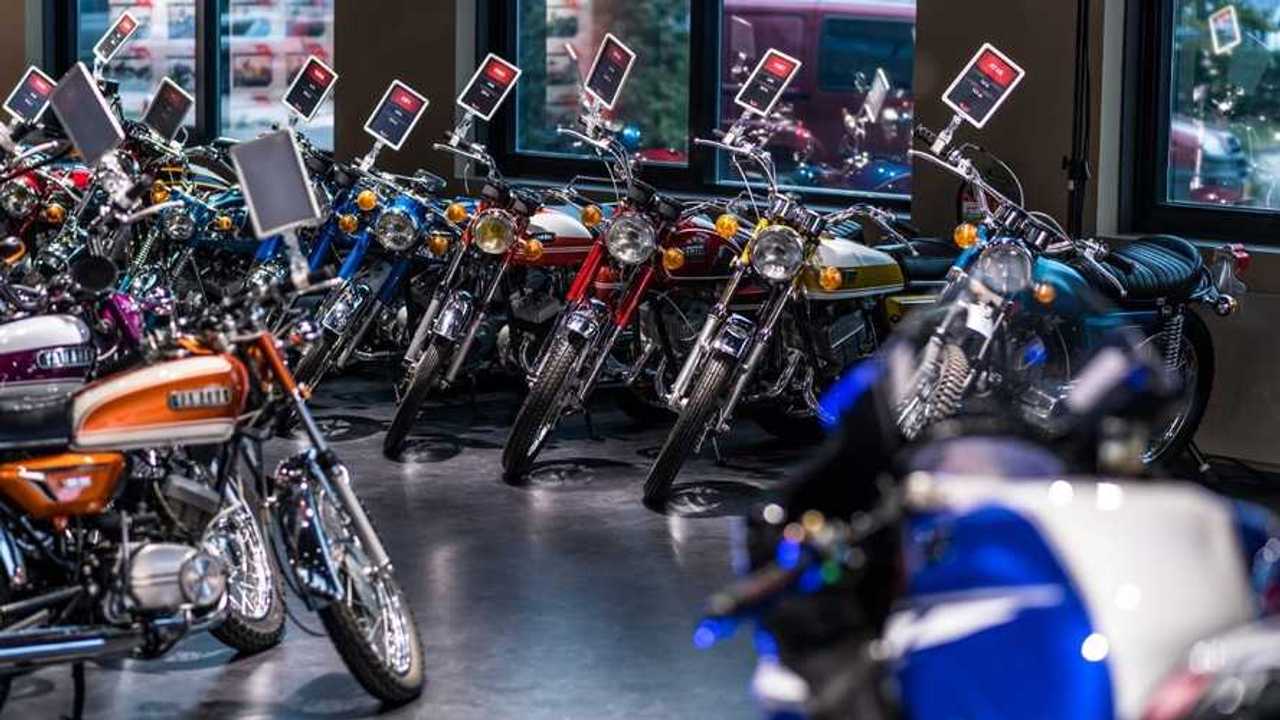 Team Blue in the House of Orange.

This is a story about Amsterdam that doesn’t involve drugs in any way, so go ahead and put down your jazz cigarettes and pay attention. Amsterdam has a lot more to offer than just legal weed and red light districts. For example, they also have many fine museums. On September 25, 2019, Yamaha opened the Yamaha Motor Collection Hall, the first Japanese motorcycle brand to open a museum outside of Japan.

Relive Your Childhood At The Evel Knievel Museum

Although I think the term museum is a bit of a misnomer since the facility won’t actually be open to the public, which seems a bit of a waste. Yamaha promises that the collection will be visible at multiple events throughout Europe, however. So maybe it’s less of a museum, and more of a really, really nice warehouse where they store motorcycles between events. The president of Yamaha Europe did say that one purpose of the museum was “to inspire our engineers and designers in their creation of future models.” So think of it as a giant mood room.

The collection does include some mighty impressive hardware, covering multiple disciplines across multiple generations. Stéphane Peterhansel’s Dakar winning YZE750 from 1991 is there, as is Stefan Everts’s 2006 Motocross World Championship winning YZ450F. I think the real star of the show though is Ben Spies’s R1 that gave him the gold in the World Superbike Championship in 2009. In addition to all the pure-bred race machines are production bikes from Yamaha’s long and storied history.

Of course, we’d like to see the museum made public, but its existence of it outside of Japan is an important first step. Now that all of these beautiful machines are under one roof, they can be brought out to other venues and displayed. Personally, I wouldn’t be surprised if Yamaha started using the Collection Hall to host private events for VIPs. That would be a step in the right direction.