Five Reasons You Should Nod, Not Wave. 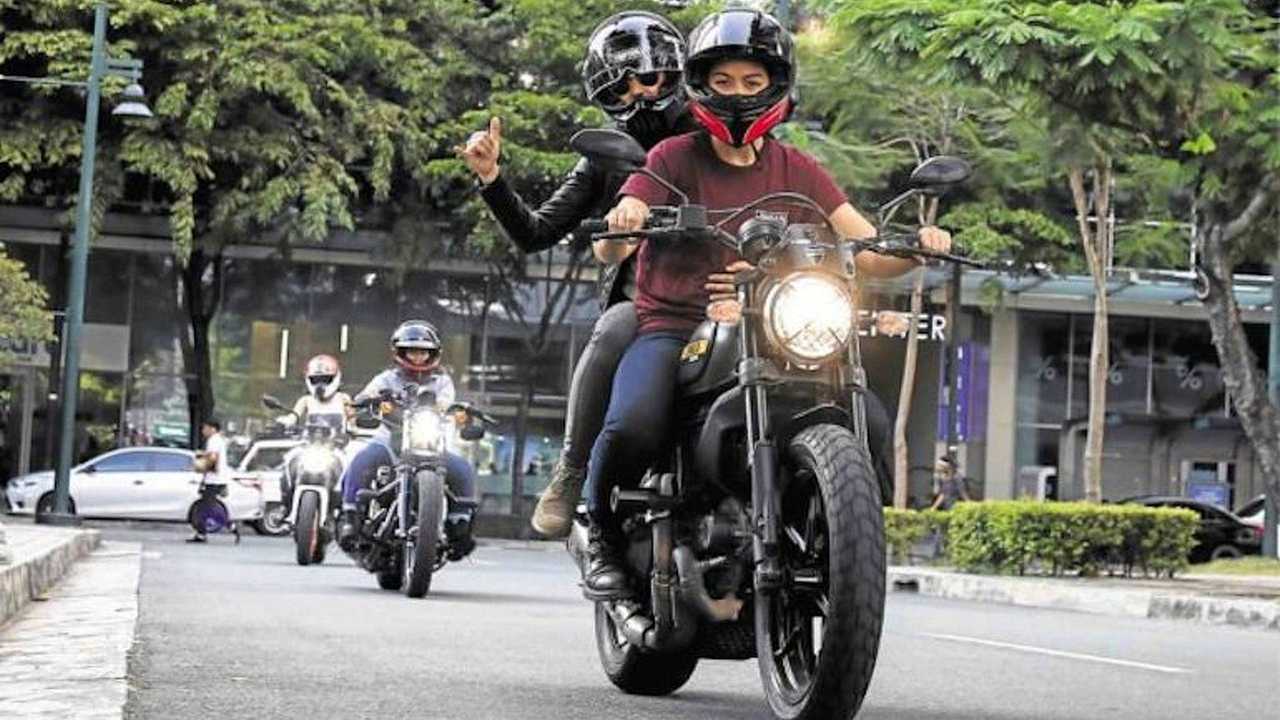 I do not wave at other motorcyclists. There. I said it. I just don’t. I do, however, nod. Perhaps it’s because I’m lazy. More likely it’s because I’m originally from Australia, where our throttle hand is the one nearest the oncoming biker, and I don’t like to let go of the throttle. Either way, I think nodding, not waving, is the best way to acknowledge our two-wheeled brethren. Here are five, not-at-all tenuous reasons why:

How Do You Spell "Etiquette"?:

Coffee spills down my chest, my phone falls from my hand and my chest crashes into the seat belt. The driver of the car I’m in has just inexplicably hit the brakes, hard, on a freeway.

“I thought he was signaling a stop” said my friend behind the wheel, pointing to the bike in front of us. “He lifted up his hand”. The biker wasn’t, of course, he was simply waving at another biker, who was also waving back. The cars behind that rider didn’t brake, but we did. So reason number one not to wave: It can confuse car drivers. Especially in states where bikers are few and far between.

You Have To Take Your Hand Off The Controls

Do you like maintaining control of your bike? Your controls help you do that. Sure, your left hand is a bit lazy once you’re in motion, but you still might need it. If you wave mid-way through a left hander you’re not counter steering and that’s a bad habit.

Forrest Gump waving from the docks? That looks dorky as all heck. Mad Max giving an approving nod as Furiosa and the crew are winched into the citadel? Tough as hell. TL/DR: Waving = dorky, Nodding = cool. ‘Nuff said.

You Never Know Who to Wave To

Have you ever had a Harley-Davidson rider do a u-turn, chase you down, and beat the snot out of you because you had the audacity to wave at him from your scooter? No, me either. But it could happen! Why risk it? If you nod, they won’t notice, because that’s too subtle a movement to make it through the vibration of their sunglasses.

If you’re a group, riders behind will wonder what road obstacle you’re pointing at. If your group includes noobs, they might think you’re pointing to gravel or sand, and panic.

Am I grasping at straws? No. I would never do that. Grasping, like waving, is a needless use of my forearm muscles and I’m just too lazy.

I believe that when you see a fellow rider on the road you should nod generously. But keep your hands to yourself.