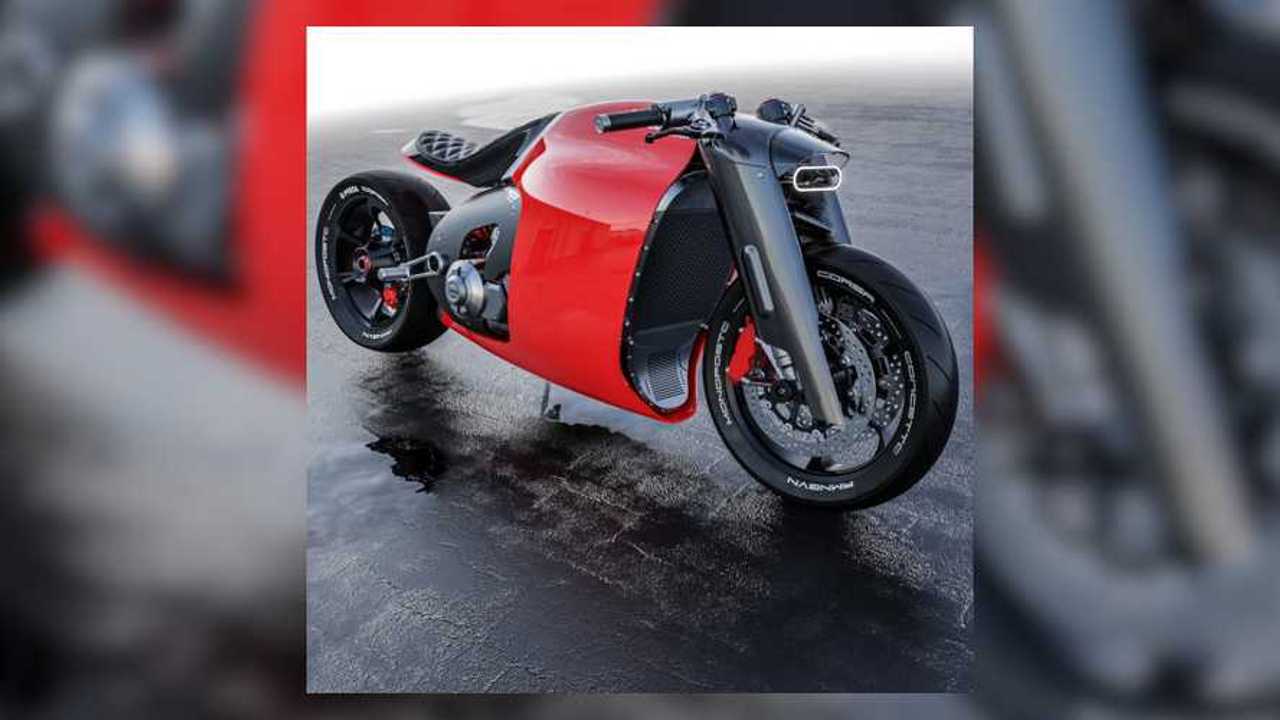 When we talk about electric motorcycles, we mostly talk about them in terms of two things: How anxious they’re going to make us about their range, and how impressive their individual technological advances might be. Discussions of design obviously do come up, but they’re not always top of mind on the hierarchy of e-bike needs. It’s almost like we expect the function to always take precedence over the form.

Citroën senior designer Romain Gauvin, like many in his profession, loves to create new concepts simply to explore the possibilities of what could be. He wanted to see a truly passionate electric motorcycle, so he came up with this astounding design for what he calls the Ducati è rossa monoposto.

On first glance, it put me in mind a bit of a Tron: Legacy-era light cycle, only with the rider already in position on the bike. Then I realized that was probably just the black-and-blue version combined with the fact that I hadn’t eaten lunch yet. What it truly looks like is what a Batcycle would be if Batman: The Animated Series was made in 2019.

It’s sleek, and hits all the retro-future styling notes you could possibly want. Swooping curves that speak of bygone racing style, but with plenty of carbon fiber to keep it solidly grounded in the present. The monoposto saddle hovers, inviting you to hop on and go for a ride unlike any you’ll probably ever take in your life. Meanwhile, this design doesn’t attempt to hide the bulky nature of current electric vehicle battery solutions. Instead, it embraces them, and even integrates them in an incredibly visually pleasing way.

This is a design that doesn’t apologize for what it is. It’s a bulldog of an electric bike concept, and it wants you to know and appreciate it. Gauvin wrote of this design, “My goal was to blend cutting edge technology with pure emotional motoring fascination. I wanted to see an electric motorbike that was actually desirable.”

“So from the beginning, I started playing with a high-tech carbon frame and a gushing red fluid sculpture. Elements any motoring enthusiast gets emotional about,” he continued. The end result looks like it wants to beat you up and take your lunch money, but in a very elegant way.

Rumors about a Ducati electric bike have been swirling for some time. Will the end result look anything like this? How would you feel about it if it did?

No matter what your answer is, it’s impossible to look at the design and feel nothing—and that’s Gauvin’s point. Electric bikes are so often seen as cold and passionless—and this design is clearly neither.