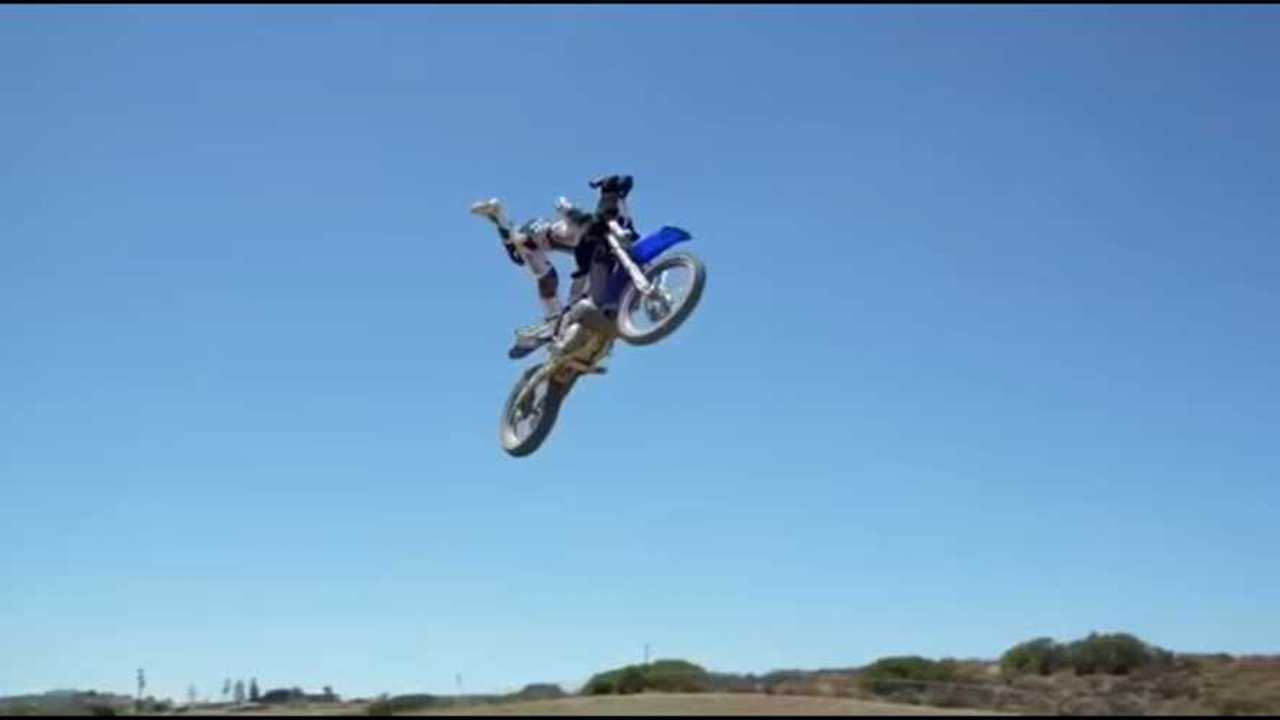 No real dogs were harmed in any of his videos.

Freestyle motocrosser Jarryd McNeil loves at least two things with all his heart: MX; and his dog Rooga. What’s better than a shop dog? A race dog, of course! Rooga loves watching McNeil race, so naturally, McNeil had to make a clever and hilarious video about it with the help of a handy Cuddle Clone.

Take A Ride With Merlin The Moto Dog

The Coolest Motorcycle-Riding Bulldog Ever - Video

For those unfamiliar with Cuddle Clones, they’re custom stuffed animals made to look exactly like your favorite furry friend. People will likely debate whether they’re cute or creepy for as long as the company exists, but I can tell you this: When I was about four, I tried to ride my grandma’s large dog. My grandma, worried that one of us would get hurt, took the time to make me a life-sized stuffed toy version of the dog that I could ride instead. Everyone had fun, and no one got hurt (and also, I clearly had the best grandma).

Through clever editing, McNeil took his life-sized plush Rooga clone on his bike to do some stunts in the video. He had the real Rooga hop up on the bike for the beginning and ending sequences to make it look real—but you can see in the video footage that it’s obviously the plush when he’s doing the actual stunts. It’s quite clear to see on a laptop or TV screen, but it might be more difficult to distinguish on smaller devices, particularly if they also have lower resolution.

The video went viral—and of course, people who didn’t read McNeil’s caption and also couldn’t distinguish that it was a plush dog in the stunt part started dragging McNeil and calling him an animal abuser. McNeil has stated repeatedly in various Facebook posts that it’s Rooga’s plush stunt double, and that “I would never do that or put myself or Rooga in unnecessary danger.” You don’t even have to read the caption to see it clearly in the video.

For anyone not familiar with the realities of living with a big dog like Rooga, McNeil says he’s around 85 pounds. Think, for a second, about the physics of doing a stunt like that with an additional 85 pounds perched precariously in front of you. It simply doesn’t work like that. I mean, we’ve all watched movies, right? Right.

Anyway, to further clarify the issue, McNeil made a followup video to formally introduce both Rooga and his plush stunt double, Rooga 2.0, to the world.

Plenty of supporters have also shown up in McNeil’s comments, who love the cheeky fun of what he did and appreciate that while his career is all about stunting on bikes, he’d never risk hurting a real dog (or himself) that way. The world could use more fun right now, so here’s hoping McNeil posts a bunch more hilarious videos involving awesome stunts and his adorable dogs—both real and plush.