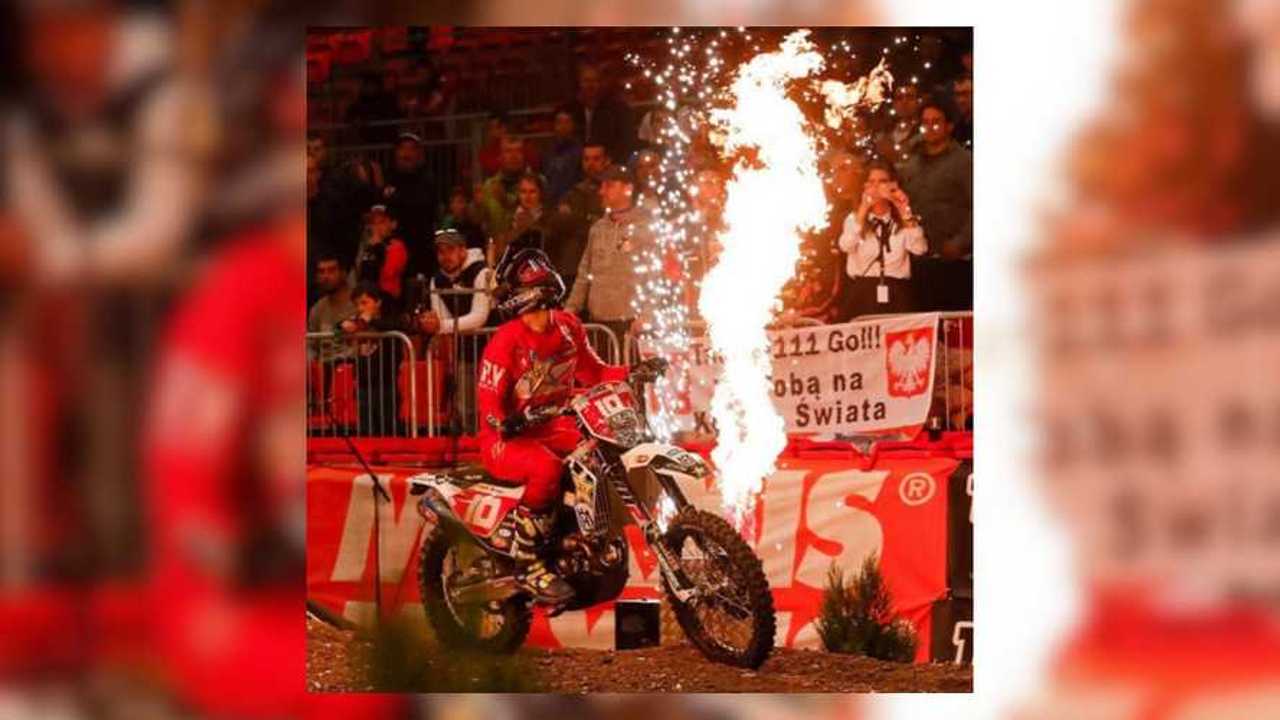 Celebrating almost 60 years of getting dirty.

One hundred championships is a lot of championships to have under your belt belt—even if you’re adding your manufacturer and rider championships together to reach it. With rider Mattia Guadagnini’s crowning as the 2019 FIM 125cc Junior Motocross World Champion, Husqvarna just reached that epic 100 championship milestone.

Husqvarna first battled its way to the top of the world in 1960, with racer Bill Nilsson in the FIM 500cc Motocross World Championship. Over the course of the decade, the brand went on to rack up a total of nine motocross world championships, during a time the Swedish brand still considers to be its golden racing era.

One of Husqvarna’s racing strategies seems to be to get in on the ground floor of new racing series as they develop. The company credits this line of thinking with Colton Haaker winning three FIM SuperEnduro World Championships, Pablo Quintanilla winning the first-ever FIM Cross-Country Rallies World Championship, and also with Jason Anderson winning the AMA 450cc Supercross Championship in 2018.

Every championship is a separate thing to be proud of, both for individual riders and for every single person who worked on the team that year. Husqvarna has a lot to be proud of, both with development of quality race machines, and also with recruiting the right kind of talent throughout each team to pilot those machines to such lofty heights.

Simply put, if anyone ever tries to tell you that motorcycle racing of any kind isn’t a team sport, they’re wrong. Congratulations, Husqvarna, and may you keep racing long into the future.