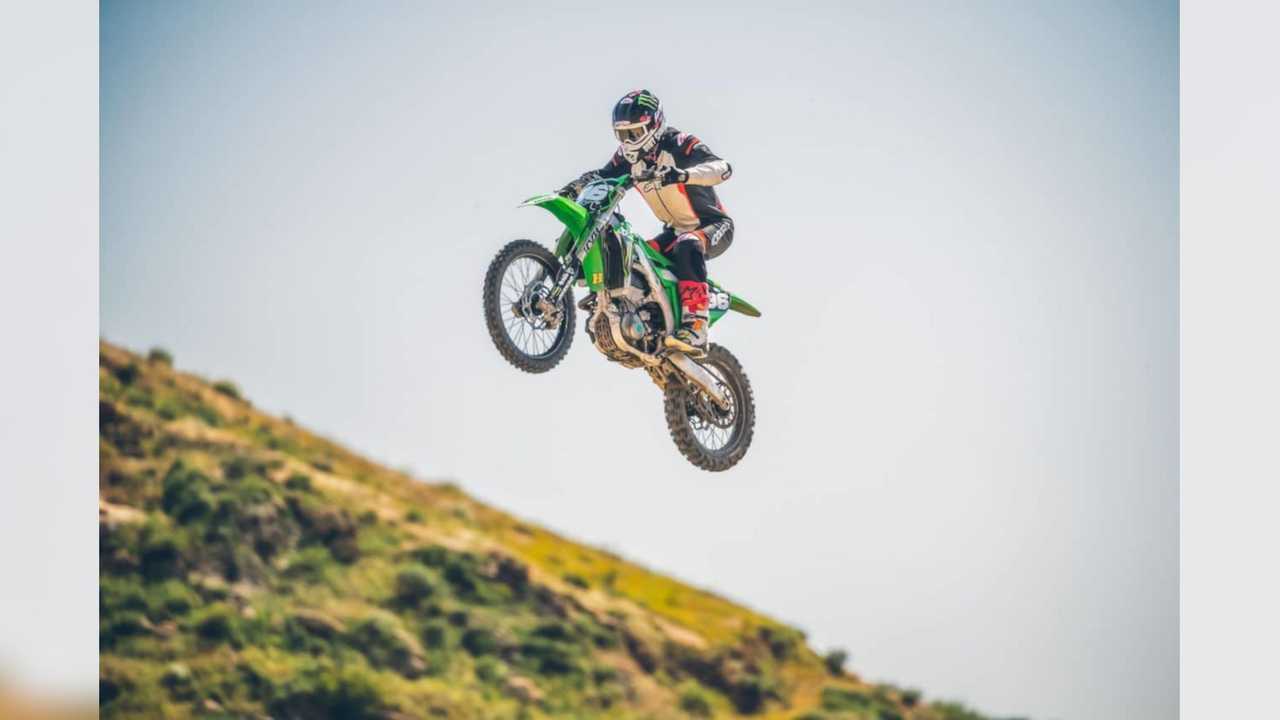 Freestyle motocross athlete Axell Hodges was set to attempt the longest motorcycle jump in history as part of the “Evel Live 2” event scheduled to air on the History Channel on Sunday, July 7. Now, due to an injury suffered in practice for this event, Hodges unfortunately won’t be able to participate in the stunt show in which he was supposed to star. Thankfully, he is OK and on the road to recovery after breaking both ankles.

You Stunt, You Grow:

“Having a crash ahead of something you’ve been working so hard toward just plain sucks,” Hodges said in a statement. “The team and I were making a lot of progress during testing and the distances we were approaching looked good for Sunday’s event. Unfortunately, I made a mistake in air and wasn’t able to adjust in time for landing. I’m shocked I’m not in worse shape and feel extremely grateful to have been able to get up from this crash.”

So where does that leave Vicki Golden and her firewall attempt on the Indian FTR1200 S? The show must go on, so she’ll be powering through over 12 flaming wooden boards—that’s the current record, which was set in 2007. The exact number of boards has not been publicly released, but 13 is already a lot to consider when they’re all on fire.

She’ll be going through at an average speed of around 30 miles per hour. That’s part of her strategy to make sure that she goes both fast and slow enough to hopefully avoid serious injury.  “The two points of contact are the front of the bike and my forehead,” Golden said. “If I start going any faster, I might literally give myself a concussion.When you’re flying blind at 30 miles an hour, that’s pretty fast.”

Unlike Hodges’ stunt, there’s not a whole lot you can do to prepare for what Golden will be attempting. “Unfortunately, there’s no good way to practice going through walls except to go through the walls,” Golden told Road & Track in the days leading up to Evel Live 2. “If I’m sitting upright, I could just get pulled off the bike. Debris is going to get stuck in my chest and in my lap. And, you know, if it’s on fire, that’s definitely not going to be good.”

You can see more about Golden and her attempt in the video below.