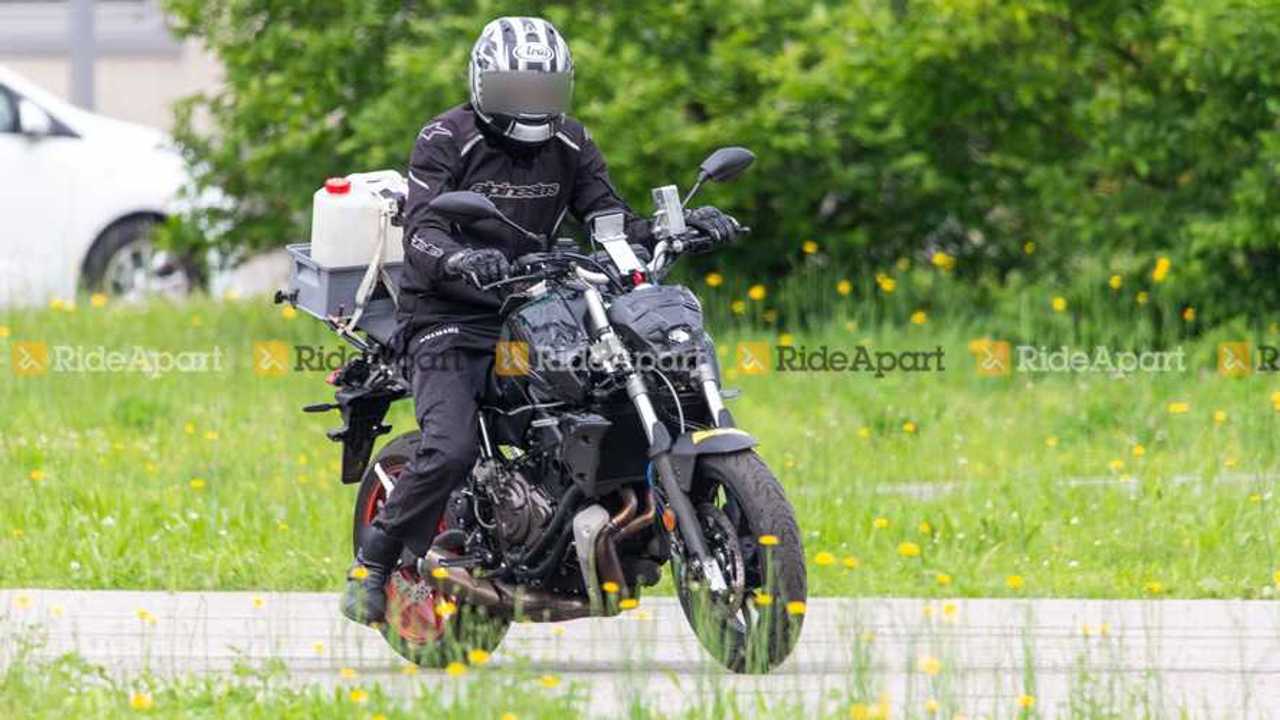 In 2017, Yamaha made a bold move by standardizing its hypernaked lineup and swapping its North American FZ nomenclature over to MT. Along with its new badge, the MT-07 received a few minor style updates. Only a year after the rebranded model’s introduction to the market, it looks like Yamaha may be ready for a few more updates.

We Spy With Our Little Eye:

In fact, an MT-07 wrapped up in what could pass for garbage bags or a layer of duct tape has been spotted on the road in Europe. At first glance, the mule looks close to identical to the current MT, if only for a few very subtle aesthetic tweaks, including a seemingly new headlight design.

What is most likely happening here is that an upgraded exhaust system is being put to the test—and maybe even a new engine. While from the outside, the engine looks virtually identical to the current 689cc twin mill, a new two-into-one exhaust system with a new canister is clearly visible. With the Euro5 emission standard coming in full swing on January 2021, motorcycle manufacturers are pressed to upgrade their lineup to make it compliant, Yamaha included.

A new exhaust and canister could be enough for the MT-07 to meet the new standards. Some sources even go as far as to suggest that the engine itself could hide a little something new make use of a proprietary iteration of a variable valve timing technology. VVT has been a popular system a number of manufacturers are developing to help meet the increasingly more severe emission standards.

No turbo in sight on this mule, however, despite a recent patent filing that describes a twin cylinder mill equipped with a turbocharger to help reduce fuel consumption and emissions. The motorcycle looks in its very early stages of testing if all the exposed wiring and stripped down chassis are any indications.

Considering the state of this Yamaha MT-07 test mule, it’s easy to suppose that a late 2019 launch might be a bit ambitious. Chances are we’re likely to see the updated MT show up sometime in 2020—right on schedule for a 2021 launch.