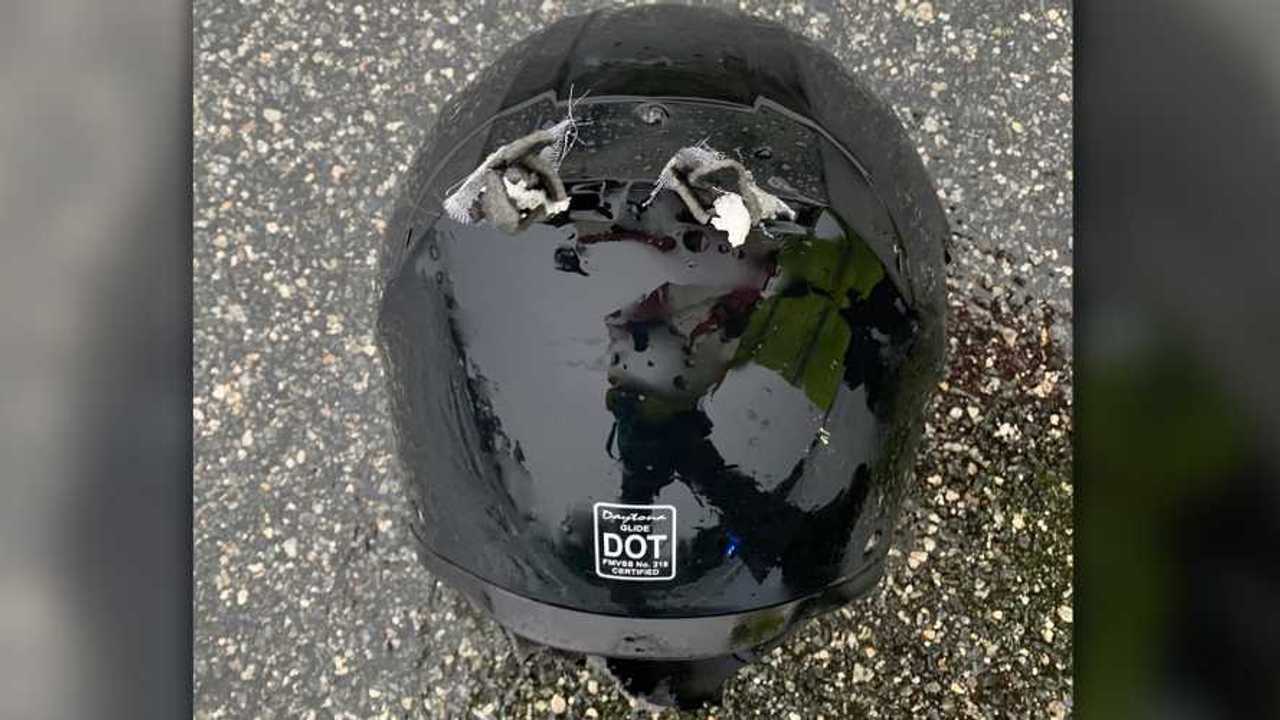 A freak accident that cost a life.

Have you ever ridden in a thunderstorm? Not intentionally of course, but when you’re already on the road, a bit of rain likely won’t stop most of us from riding on. Truth be told, unless you land at the very core of the storm, the worst that usually happens is heavy downpours and wind—elements the most hardcore riders don’t mind facing with good rain gear.

When Is It Safe To Move A Crashed Rider?

However, it’s easy to forget that there are very real risks associated with thunderstorms and while it’s easy to think because we’re in motion, we’re protected from lightning. Truth is, we never really are. In a freak incident, an unsuspecting North Carolina rider got caught in the storms and lost his battle against Mother Nature.

The motorcyclist was cruising down Interstate 95 in Volusia County, Florida on Sunday afternoon. He seemingly got caught in a thunderstorm while on the highway and around 3pm, witnesses report the rider got struck by lightning. The hit caused him to swerve off the road and pictures of the crash site show the motorcycles on its side on the median. The motorcyclist didn’t survive the incident.

While early reports confirm the unnamed man died in the crash, there is no say whether the lightning is the cause of death, or whether he crashed into the protective barrier on the side of the road after being hit with 10 billions Watts of electricity in a split second.

The Florida Highway Patrol shared a picture of the rider’s helmet, showing two gaping holes cracked into the lid.

This incident is a brutal reminder that we easily underestimate thunderstorms. Sitting on a motorcycle usually places us above care roofs (depending on the bike of course). This means that in a 200-feet radius, the top of our helmet is the highest point, which is where lightnings it most likely to strike. It might sometimes feel like an overreaction, but ultimately, if you cross path with a storm, the best course of action is to seek shelter until it all quiets down.