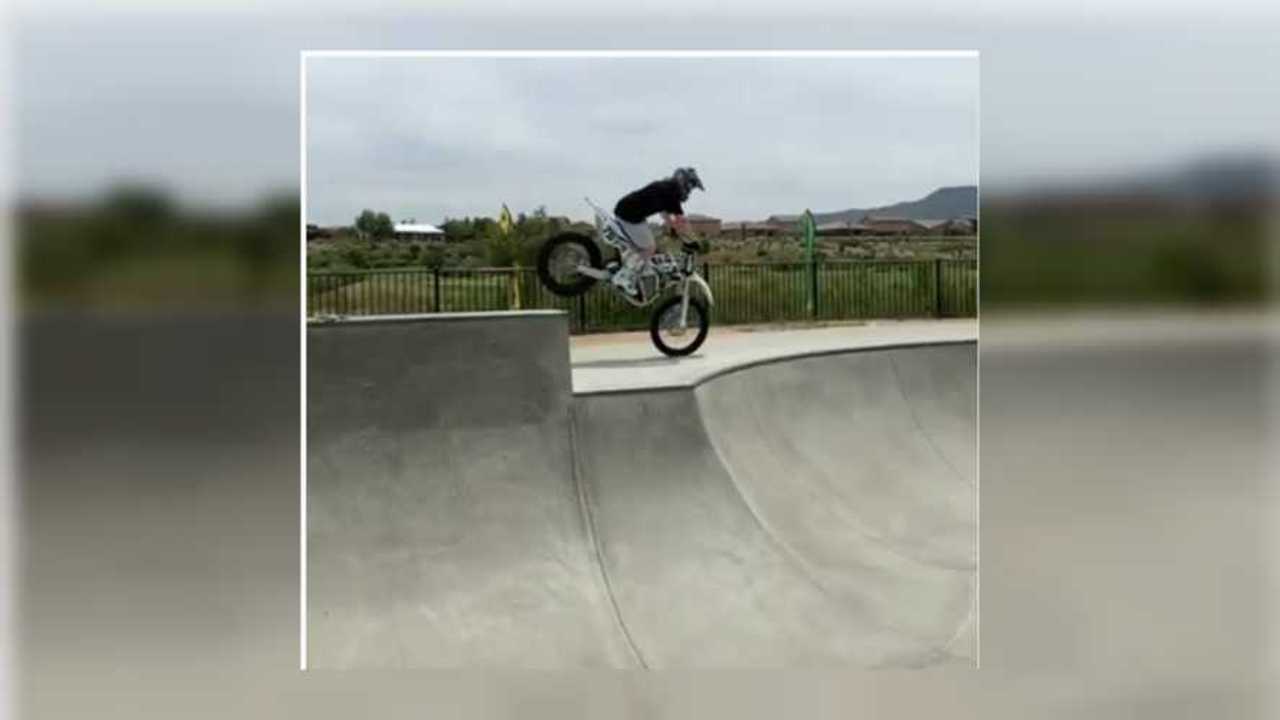 A dirt bike in a skate park?

Well here it is everyone. If the future is electric this is what it’s going to sound like. With the usual caveats about “closed course do not attempt,” here’s some e-bike talent in a skate park.

Play In The Dirt:

Josh Hill, a super talented Alta Motors MX rider up until Alta’s recent, untimely demise, has a ton of videos all over the internet showcasing his mad dirtbike skills, and this one is a bit different: it’s in a skate park. He's got it posted on his Instagram page, and you should go watch it here.

Whatever you call them, “stoppies” or “front wheelies” or “twelve-o-clocks,” they’re hard to do until you get the hang of them. This guy dances on the front wheel of his electric dirtbike and makes it look effortless, surfing the rim of a cast concrete bowl made for skateboards, not motorized two-wheelers. It’s pretty obvious they’ve closed the park for him, or he went on a day that he knew there would be nobody there. Crashing into a skate boarder with a dirt bike wouldn’t end well for either one, but the skate boarder would probably get the worse end of the deal.

While many riders are lamenting the influx of electric motors into our sport, I would hazard an argument that the very quiet electric bikes will make the general (non-riding) populace like us… or, at least, not hate us, as much as those noisy dirt bikes that the neighbors can’t tell from a chainsaw.

Sure, the electric dirt bike makes some really, really weird noises, but they won’t carry and you can probably get away with some extremely dodgy shenanigans without a hollowed-out exhaust giving you away to the people who think you shouldn’t be doing whatever you’re doing, wherever you’re doing it. This isn’t us condoning this behavior, I’m just pointing out that noise gets you noticed by bystanders when there’s nothing else making any noise, for good or for ill.